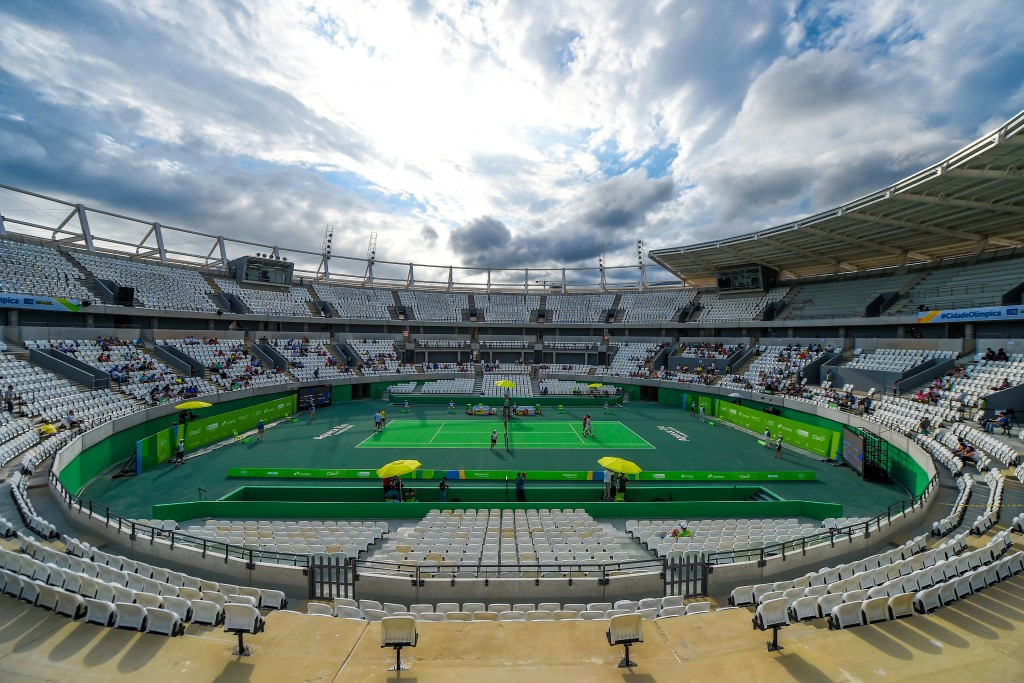 The city of Rio de Janeiro has cancelled the construction contract for the Olympic Tennis Centre, less than seven months before the start of the Games, but organisers claim they are feeling "comfortable" about work being completed on time.

City authorities have claimed that "intentional delays" on the part of the consortium in charge of construction is the reason behind the decision.

The venue, situated in the Barra de Tijuca Olympic Park, had been scheduled to be completed by September 2015.

The work was delayed, however, and a test event, the Brazil Mastercup tournament, was held last month in the unfinished facility.

According to an entry in Rio’s Official Gazette, the consortium, comprised of local builders IBEG Engenharia e Construções, Tangran Engenharia and Grupo Damiani, has been hit with a fine of BRL R$11 million (£1.9 million/$2.7 million/€2.5 million).

The consortium said in a statement it was "totally perplexed" by the cancelled contract and plans to file a lawsuit against the city, seeking compensation for financial losses and damage to the member companies' reputations.

Around 350 workers were fired by the consortium at the end of last month with the facility still only 90 per cent complete.

Rio City Hall, which is responsible for the construction, has not said how the Olympic Tennis Centre will be finished.

Rio 2016, though, remains confident it will be ready in time for the Olympic tennis competition which is scheduled to take place from August 6 to 14.

"From the Committee's perspective we are comfortable that the remaining work will be completed as planned and look forward to an excellent tennis competition in August," a spokesman told insidethegames.

"The venue already hosted a successful test event in December and is 90 per cent complete."

The International Tennis Federation (ITF) told insidethegames it has been informed by Rio 2016 that the Olympic host city's Mayor Eduardo Paes will be appointing a replacement for the contractor.

"While this is not ideal, the ITF is confident that the venue will be completed on-time and to specifications," the ITF said in a statement.

"At our recent test event in December, the construction was very far advanced and we look forward to an outstanding Olympic tennis event in this beautiful new venue in August."

Organisers in Brazil have been forced to prepare for the Olympics and Paralympics amid a number of other financial and civil problems.

Last week, reports surfaced that disgruntled former workers could have been responsible for a small fire which caused minor damage to office space close to the Olympic Tennis Centre.

This followed a number of violent protests across several Brazilian cities in response to the rising price of public transport.

Around 2,000 protesters in Rio attacked police and members of the Municipal Guard, Globo have reported, as well as vandalising buses and setting up a burning barricade in a demonstration organised by the Free Fare Movement, the same group which began protests during football's Confederations Cup in 2013.

This followed Paes raising city bus fares in the midst of Brazil's worst recession in 25 years.

More peaceful protests took place in many other cities, including Belo Horizonte and São Paulo which are Olympic football hosts this summer.

There is still huge resentment against the Government across the country following a surfeit of recent problems, including a major corruption scandal involving state-run oil firm, Petrobras.

The International Olympic Committee declined to comment on the cancellation of the construction contract.