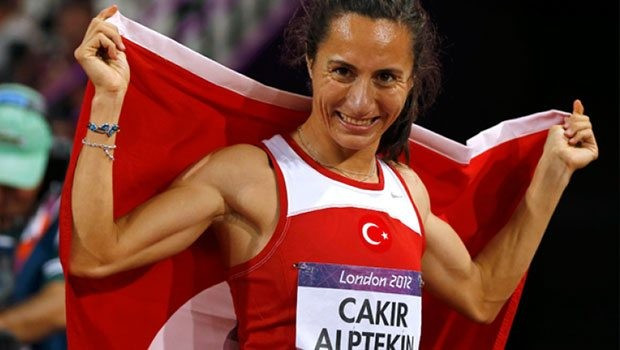 The extraordinary demand was made by Papa Massata Diack, son of then-International Association of Athletics Federations (IAAF) President Lamine Diack, three months after she had won in the British capital amid widespread suspicions that she had been doping.

It has now emerged that the IAAF already suspected her of having used illegal methods and wrote to the Turkish Athletics Federation (TAF) 18 days after her victory informing that her athlete biological passport (APB) demonstrated that out of nine samples three indicated increased hemoglobin levels, indicting doping.

An unnamed former President of the TAF put representatives of Alptekin in touch with Papa Massata Diack, a marketing consultant with the IAAF at the time.

He held talks with them in Monaco, where the IAAF are based, making his demand, which was rejected.

They agreed to his demands after Gabriel Dollé, the IAAF anti-doping director, had confirmed she was facing a ban due to positive readings on her APB.

Only 10 days however, on November 30,  Dollé sent a letter to the TAF informing them that the IAAF were proposing that Alptekin was stripped of her gold medal and banned for life as it was second doping offence.

Diack then contacted Alptekin again claiming he could delay the sanction until March 2013, meaning she would be able to keep her London 2012 gold medal.

Alptekin, however, subsequently found a doctor in The Netherlands who claimed he could help provide a medical explanation for her positive test and help her escape a ban.

She was cleared by the TAF in December 2013, a decision that angered the IAAF, who made it clear they would appeal to the Court of Arbitration (CAS) for Sport.

Alptekin was then contacted by another son of the IAAF President, Khalil Diack, who was introduced to her by a second unnamed former TAF President.

Khalil Diack claimed he could persuade his father to ensure the IAAF did not appeal against the decision by the Turks to let her off.

The IAAF, however, appealed to CAS, where she was eventually given a life ban and stripped of her Olympic gold medal.

Diack later sent a message to Alptekin on Whatapps, a social network platform, apologising for the appeal being lodged and claiming "that there is no justice".

The Pound note report noted: "They [Alptekin and her husband] felt they had been swindled as the case sped up and was not halted."