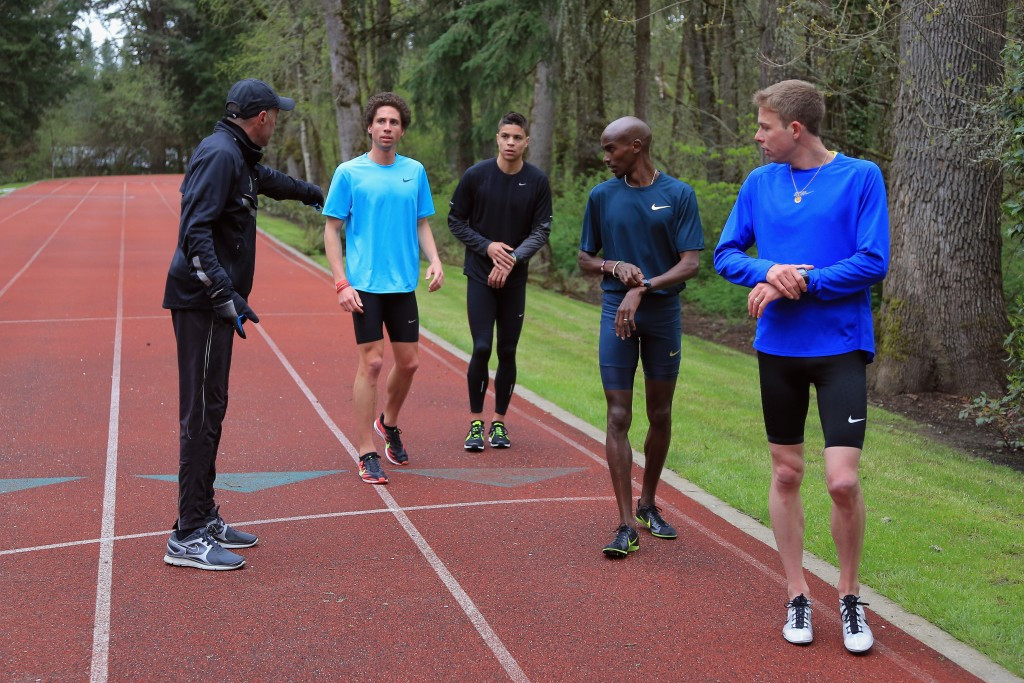 The audit was set up following allegations made in June by a BBC Panorama programme that Salazar, head coach at the Project and an unpaid consultant with UK Athletics, had abused anti-doping regulations.

The BBC Panorama investigation had alleged that London 2012 Olympic 10,000m silver medallist Galen Rupp, was given the banned anabolic steroid testosterone in 2002, when he was 16-years-old.

Salazar released a 12,000-word open letter in June, providing a detailed rebuttal of the allegations that Rupp has ever taken a banned substance, while Rupp has also denied the claims.

Carried out by a Performance Oversight Committee (POC), consisting of Olympic gold medallist Jason Gardener, former British marathon record holder Sarah Rowell and Paralympic wheelchair race Anne Wafula-Strike, the audit claimed there to be "no evidence of impropriety” on the part of Farah.

As part of the review, the POC, who were aided by external experts, were requested to consider any lessons learned as a result of this specific review for UK Athletics overall performance programme.

UK Athletics has now extend the remit of the POC in an attempt to ensure their programmes operate with best practice.

The role includes ensuring that full implementation of all medical, legal and ethical considerations are given prior to the introduction of all athlete performance programmes.

Their remit will also see them continue to make sure the organisation’s medical record keeping is maintained, while investigating the legal and ethical challenges with storing performance and medical data, calling upon expert analysis when required.

One of the recommendations was for UK Athletics to undertake and record a due diligence process whenever an athlete on the World Class Performance Programme expresses an intention to move to work with a foreign coach.

Similarly, UK Athletics would have to carry out due diligence when hiring any performance staff or consultant - paid or unpaid - and staff members would be made to sign, as a minimum, as short form contract stating UK Athletics’ requirements of them.

Athletes, who receive the support from the Federation, would also be required to sign a performance athlete agreement which would outline their moral and ethical obligations.

The publishing of the recommendations comes on the same day as UK Athletics released their “Manifesto for Clean Athletics”, which called for all world records to be scrapped and restarted.

Extending minimum bans for serious doping offences to eight years and criminalising the supply of drugs were also suggested by UK Athletics, in response to the doping crisis in the sport.

The recommendations followed a review of the findings in August, with UK Athletics stating at the time they would be implemented in the coming months.

“A central theme to our Manifesto for Clean Athletics is the need for transparency, and as a result we have chosen to publish the relevant POC recommendations earlier than anticipated to demonstrate our commitment to this cause,” said Ed Warner, chairman of UK Athletics.

“Now more than ever athletics needs to demonstrate it is prepared to make further changes and go that extra mile to remain at the forefront of clean sport.

“Current best practice does not guarantee future best practice and while the POC have been reassured by the processes we currently have in place, we are all committed to ensuring that we are able to maintain these standards into the future.”

The recommendations of the audit and the publishing of UK Athletics’ manifesto comes ahead of Richard Pound, chairman of the World Anti-Doping Agency Independent Commission, releasing the second part of their report into doping within athletics.

It is due to be published at a press conference in Munich on Thursday (January 14).