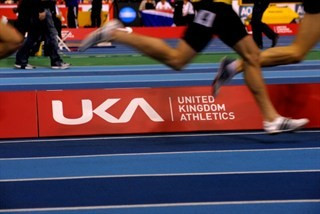 UK Athletics has called for all world records to be scrapped and started again in the wake of the doping crisis within the sport as part of its “Manifesto for Clean Athletics” released today.

They claim a “new set of records based on performances in the clean athletics era” should be implemented in a bid to begin a new dawn for the sport, rocked by doping cover-ups and scandals.

Other athletes who would be affected should the changes be introduced include Jamaican Usain Bolt, who holds the world records in the 100 metres and 200m, and Florence Griffth-Joyner of the United States, whose women's 100m world record has stood since 1988.

Discus thrower Jürgen Schult and 400m runner Marita Koch, both of whom competed for East Germany, would also see their records scrapped.

The idea, however, is not original and was first proposed by several countries in the wake of the scandal after Canada's Ben Johnson tested positive for anabolic steroids and was stripped of his Olympic 100m gold medal at Seoul 1988.

Radcliffe, whose world marathon record has stood since 2003, has blasted the proposal to wipe world records.

She told The Guardian she would "never agree with the records being wiped because I know 100% that at least one of those records was achieved clean and that means more were too.”

"One of my suggestions to UK Athletics was that if sufficient evidence comes to light about any athlete doping at any point, then all of their marks retrospectively get wiped for their entire career," she said.

"It means, for example, that with Linford Christie all his marks would be gone because he failed a test in 1999.

"And OK, you are not saying they were cheating at that point, but the decision to dope means you forego and sacrifice everything you achieved before that.

"I think that is a strong deterrent.”

Among a series of hard-hitting measures in a bid to clean up athletics, UK Athletics believe the supply or procurement of performance-enhancing drugs should be criminalised.

They have also called on sponsors to refuse to support athletes caught doping.

UK Athletics also urged the International Association of Athletics Federations (IAAF) to make it the responsibility of Member Federations to give back prize money to those competitors who may have lost out to doping cheats.

If the Member Federations do not comply with this rule, UK Athletics has called for a ban on that country's athletes from competing at major championships.

He claimed, though, that “we should be open to do whatever it takes to restore credibility in the sport”.

Warner added: "The integrity of athletics was challenged as never before in 2015.

“Clean athletes and sports fans the world over have been let down.

“Trust in the sport is at its lowest point for decades.

"UKA believes the time has come for radical reform if we are to help restore trust in the sport.

“Athletics needs to act very differently if we are to move on from the crisis facing the sport.

“We cannot will the ends - a clean sport that people can trust - if we are not prepared to be bold and put in place the means to get there.

"Greater transparency, tougher sanctions, longer bans -and even resetting the clock on world records for a new era - we should be open to do whatever it takes to restore credibility in the sport.”

The release of the manifesto follows the IAAF Ethics Commission last week banning three officials for life and one for five years following allegations of doping cover-ups.

The IAAF Ethics Commission verdict also raised the possibility that other countries, such as Morocco and Turkey, may have been involved in positive drugs tests being covered-up.

The damning decision came after IAAF President Sebastian Coe outlined his roadmap for the future of athletics in an attempt to restore trust and credibility in the sport.

This included establishing an integrity unit which “ensures greater independence in reviewing key issues impacting upon the integrity of competition such as doping, corruption, betting and age manipulation” before the Rio 2016 Olympic Games.

The news also comes before Richard Pound, chairman of the World Anti-Doping Agency Independent Commission, is due to release the second part of its report into doping within athletics at a press conference in Munich on Thursday (January 14).

To read the full document click A Manifesto for Clean Athletics.docx