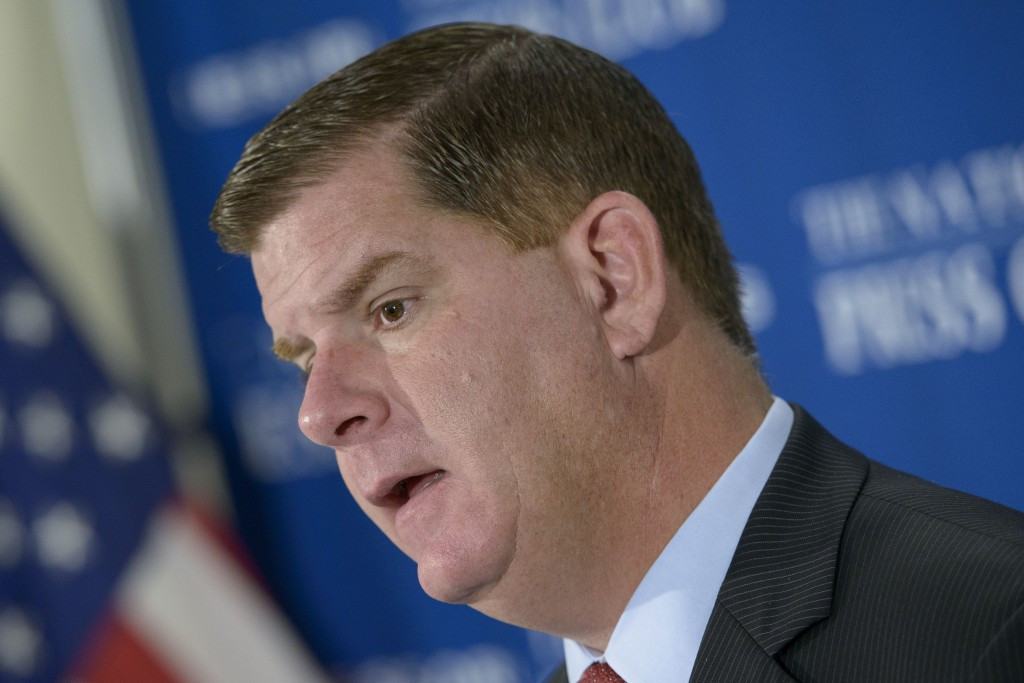 Boston Mayor Marty Walsh has claimed the sports world needs to reassess the way in which bids for the Olympics are sold on the first anniversary of the United States Olympic Committee's (USOC) ill-fated decision to select his city as their contender for the 2024 Games.

Boston was surprisingly chosen ahead of Los Angeles, San Francisco and Washington D.C. as America's bid to host the Olympics and Paralympics before public opposition forced the city to abandon the campaign.

Los Angeles has since been chosen as a replacement, with USOC admitting they made a "bad call" with their original choice.

Walsh was an initial supporter of Boston's bid before losing enthusiasm as opposition rose to more 50 per cent.

He still insisted the bid was an "incredible opportunity" and that they would have done an "incredible job" if they had been selected as the host city by the International Olympic Committee (IOC).

Walsh announced last July he could not support the bid if it meant signing a Host City Contract risking committing taxpayers' money being spent on the Games.

He blamed USOC and the IOC for placing unrealistic demands on the city.

“I think there’s some unrealistic expectations put on the city,” he told the Boston Herald.

“The President of the IOC didn’t want a ballot question, and ironically his own town in Hamburg, Germany, voted down the Olympics.

“I think at some point the Olympics Movement as a whole, worldwide, has to start to say, 'Okay, how do we deliver a Games?’"

Bach blamed the Organising Committee for being "pretty confusing" with their bid rather than USOC after the withdrawal, prompting opposition group No Boston Olympics to claim he was "out of touch with reality".

“I don’t know about Thomas Bach, but I represent people, and I’m not going to allow taxpayer money to be used to fix a problem they clearly have internally, the IOC," he said at the time.

Walsh also praised the strength of the opposition No Boston Olympics group, who travelled to Hamburg on eve of their referendum last November to offer opponents in German advice.

He had initially dismissed No Boston Olympics as "10 people on Twitter".

“I didn’t want to hear the negativity of it," Walsh said.

"I wanted to hear positive, but that’s people’s right, and you know something?

"They had a point in a lot of ways.

“People brought up some great points.

"I was listening, because every time they brought up a point, I’d go back and ask questions.”

Los Angeles was one of five cities to ultimately launch a 2024 bid, along with Budapest, Hamburg, Paris and Rome.

Hamburg's withdrawal following the referendum defeat left a four-horse race ahead of the 2017 IOC Session in Lima where a decision is due to be made.

Calls are currently growing for similar city-wide ballots to be held in Budapest and Rome.