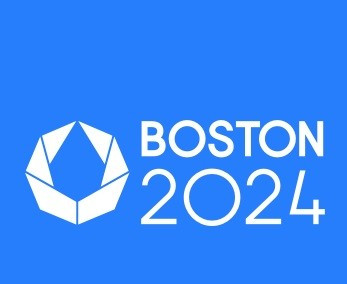 Boston 2024 claim a report into their failed bid to stage the Olympic and Paralympic Games contained “several misrepresentations and errors” and that they were surprised it “failed to thoroughly and accurately account for important cost differences between Boston’s bid and other Olympic Games”.

The report, conducted by consultancy firm the Brattle Group, revealed a number of “real risks” in the city’s now defunct attempt to stage the event in nine years' time.

It claimed organisers underestimated construction costs for hosting the Games by as much as $970 million (£619 million/€879 million).

An over-reliance on securing private financial commitments to construct the Athletes' Village and Midtown areas was one of the main risks of their failed bid, the report found.

But Boston, who were dropped by the United States Olympic Committee (USOC) on July 27 following a turbulent period where public support continued to wane, have hit back at several of the Brattle Group’s findings, accusing them of failing to check their facts in many of their reports.

“There was no effort to critique our venue by venue construction budgets which we provided, down to very specific costs of steel, concrete, plumbing, electrical and HVAC on a square foot basis,” Boston 2024’s response added.

The Brattle Group consulted many other organisations in order to conduct its analysis, including opposition group No Boston Olympics, but didn’t seek information from the City of Boston despite their involvement in the bid, Boston 2024 claimed.

Boston 2024 also allege the company made a $500 million (£318 million/€452 million) error in projecting financial shortfalls in terms of the International Broadcast Center and Main Press Centre by suggesting that their estimate of $50.5 million (£32 million/€45 million) was 90 per cent lower than London.

“This is a critical, nearly half-billion dollar error on the part of the Brattle Group,” the statement said.

“Our budget estimate was to lease and retrofit space only, while London’s cost included construction of a brand, new permanent facility.

The report also claimed Boston 2024 declined to include any details on the costs of the Paralympic Games, another finding organisers moved to refute.

Boston’s much-maligned bid to stage the 2024 Olympics and Paralympics was withdrawn by the USOC after Boston Mayor Marty Walsh had announced he could not support the bid if that meant signing a host city contract at the time, which the USOC had asked him to do.

This, coupled with Massachusetts Governor Charlie Baker’s refusal to commit himself to backing the bid until the publication of the Brattle Group’s report, forced USOC into action.

Los Angeles was confirmed as the United States' preferred bid city for the 2024 Olympics and Paralympics last week, providing a satisfactory agreement can be reached with the city.

It will go up against Rome, Hamburg, Budapest and Paris, who have all announced their intention to bid for the 2024 Games.

Toronto and Baku, hosts of the Pan American Games and the inaugural European Games respectively, are the other cities who could declare their interest before the September 15 deadline.

The International Olympic Committee will elect its chosen host at its Session in Lima in 2017.