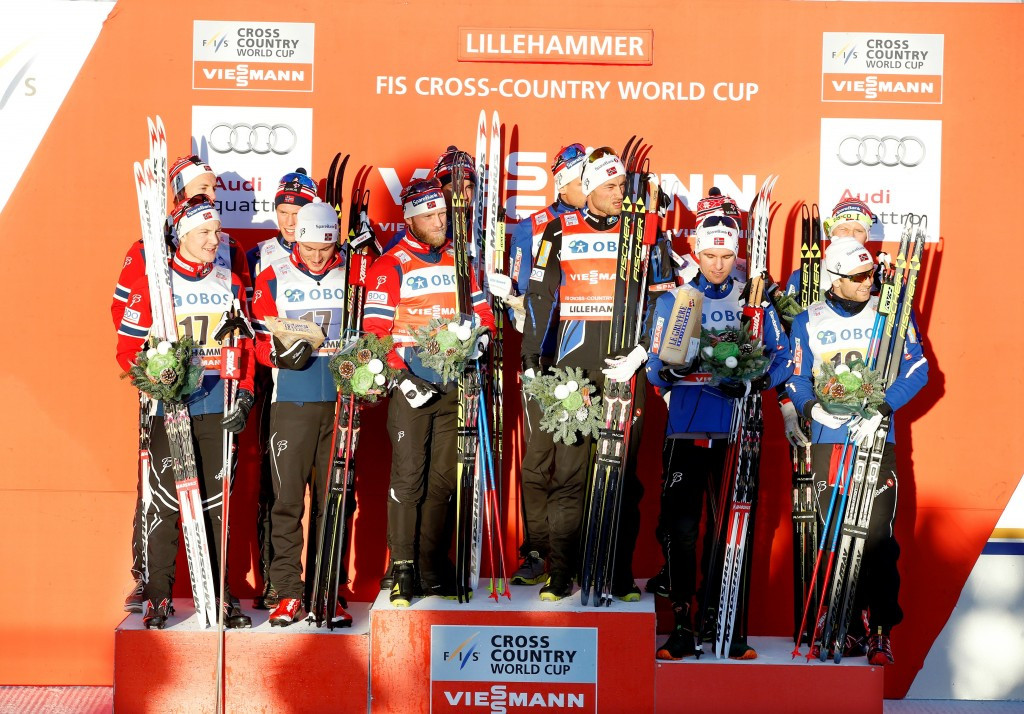 The quartet of Niklas Dyrhaug, Hans Christer Holund, Martin Johnsrud Sundby and Petter Northug Jr. posted a winning time of 1 hour 13min 25.70sec and were followed across the line by two other Norwegian foursomes.

At times it appeared as though Italy or Russia might be able to fight for a podium spot, but in the end it was all Norway.

Holund, who claimed bronze in yesterday’s men’s skiathlon, said: "This is quite a weekend for me, my first podium yesterday and now another podium with the team.

"It's just perfect and I am happy that I am able to ski this well."

Norway were not quite so dominant in the women’s 4x5km relay, but, nevertheless, still came away with top honours ahead of silver medallists Finland and third-place finishers the United States in a repeat of the 2013 podium.

A time of 53:33.10 earned the gold medal for Maiken Caspersen Falla, Ingvild Flugstad Oestberg, Therese Johaug and Heidi Weng, while almost two minutes behind were runners-up Finland, whose team was made up of Krista Parmakoski, Kerttu Niskanen, Laura Mononen and Anne Kylloenen.

Following on from team-mates Rosie Brennan, Sadie Bjornsen and Elizabeth Stephen, the US’s last-leg skier Jessica Diggins overtook the anchor of Norway’s second team, Ragnild Haga, in the final kilometres to move her country into third with a time of 55:40.20.

"It's my first ever time to be the anchor of a relay at any level," said Weng.

"So this was an exciting day for me and I am very happy that we won.

"I was nervous in the morning before the race."

Overall men’s World Cup leader Sundby clocked a time of 1:19:22.90 to win yesterday’s skiathlon ahead of Dyrhaug and Holand.

Meanwhile, the women’s frontrunner Johaug topped the corresponding podium with a time of 42:17.70 as Weng came second and Sweden’s Charlotte Kalla took third.