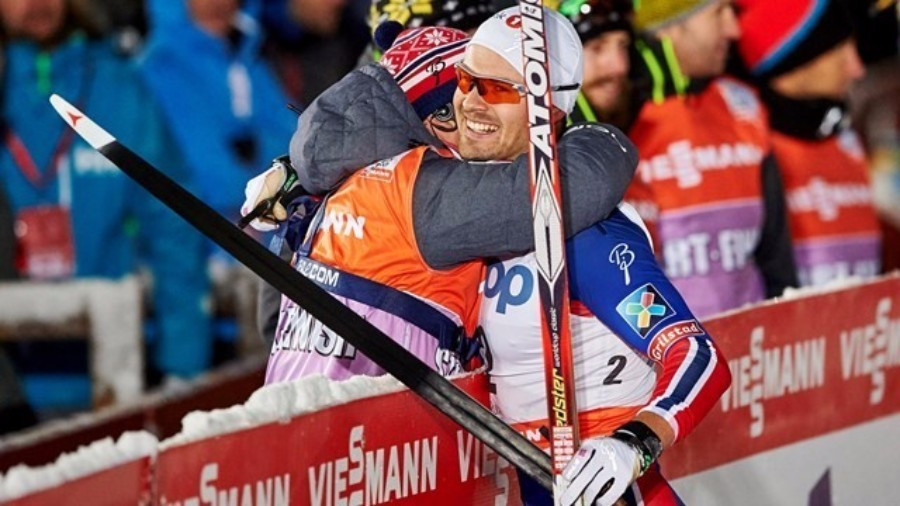 After battling through the rounds, Fossli completed the 1.4 kilometres course in 2min 33.07 sec in the final, more than a second clear of compatriot Eirik Brandsdal.

Fossli, who finished third in Ruka last year, won just four days after replacing Ola Vigen Hattestad, who withdrew following the birth of his first child at the beginning of the week.

"I felt better going from qualification to the final," said the delighted 22-year-old.

"In the final I managed to keep a good speed and the distance from the other guys,

"I will try to go as fast as I can in the next Ruka triple stages.

"I will do my best and see what happens."

"I hoped to make it to the final," she said

"I felt my skis were good and I just enjoyed skiing.

"I felt very good on the last hill three times but in the final I was struggling little bit with my technique.

"I think I managed it well and felt strong in double poling."