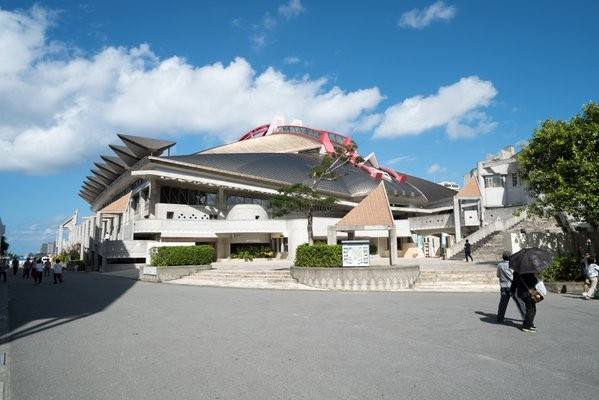 Around 200 of the world’s top karatekas are due to compete here over the weekend during the final World Karate Federation (WKF) Karate1 Premier League event of the season.

The competition, due to start tomorrow and conclude on Sunday (November 29), is the first to be held since karate was recommended for inclusion at the Tokyo 2020 Olympic Games along with baseball softball, sport climbing, skateboarding and surfing.

A host of the sport’s top names will participate in the two-day competition, which takes place in the city from which karate is thought to have originated.

Reigning women’s kata world champion Kiyou Shimizu will be hoping to round-off the season in style in front of her home crowd along with compatriot Ryo Kiyuna, winner of the men’s equivalent at the 2014 World Championships in Bremen, Germany.

In the women’s kumite under 68kg, Japan’s 2012 world champion Kayo Someya faces an intriguing battle with Austria’s Alisa Buchinger, gold medallist at this year’s European Championships, while another home karateka, Ayumi Ueksa, will be bidding to earn her first Karate1 Premier League gold of the season in the over 68kg category.

Current number one Angelo Crescenzo of Italy looks to be the man to beat in the men's under 60kg kumite competition, while Azerbaijan’s Shahin Atamov goes into the over 84kg kumite event as favourite having earned bronze in Almere, The Netherlands and silver in Paris.

As well as medals in their respective categories, the athletes will also compete for ranking points, with the overall winner for each weight due to be crowned at the end of the event, providing they have competed in five Karate1 Premier League competitions over the course of the year.

The remaining kumite categories will come to the fore on Sunday morning, before finals across all 10 weights will take place, bringing the 2015 Karate1 Premier League season to a close.

The competition is the eighth of the campaign and follows the most recent event held in Salzburg last month.

The Karate1 Premier League is the first-ever series in the sport to offer prize money for the winners, with gold medallists pocketing €500 (£351/$530).