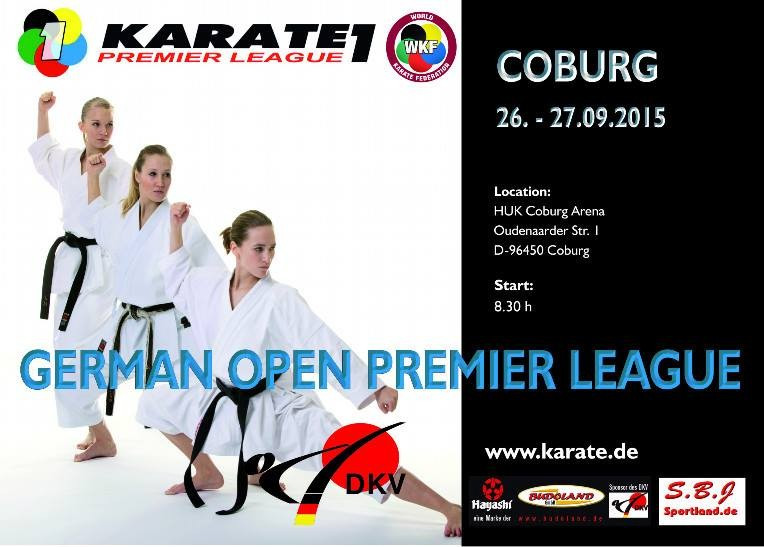 France have led the way with four gold medals at the latest European stop on the Karate1 Premier League in Coburg as hosts Germany had to be content with three.

A total of 719 athletes spanning 55 countries competed at the German Karate Federation-organised competition at the HUK Coburg Arena, in what marked the second event of the month following a leg in Istanbul.

France, traditionally one of the sport's strongest nations, were led by Lucie Ignace, a world and European champion in the under 55 kilograms kumite division who triumphed at under 61kg in June's European Games in Baku.

Competing in the heavier category this time around, the 22-year-old. who was born on the French Indian Ocean department of Réunion, was far too strong for the rest of the field, beating Anita Serogina of Ukraine in the final.

An all-European podium was completed by Ingrida Suchankova of Slovakia and Sanja Cvrkota of Serbia, who shared the two bronze medals.

Ignace was one of two French women to enjoy victories, along with Lucile Breton in the under 68kg division, while on the men's side Steven Dacosta and Lonni Boulesnane were triumphant in their respective under 67 and over 86kg events.

A further three silver and eight bronze was won by France for a total haul of 15 medals.

Hosts Germany finished in second place with eight medals, of which three were gold.

Two of these came in team events, with home male and female kata squads finishing on top, while Noah Bitsch also won the men's under 84kg kumite division.

Hong Kong also enjoyed a good weekend, with Lau Mo Sheung Grace in the women's kata and the equivalent men's team each finishing on top.

Further legs of the Premier League are scheduled to take place in the Austrian city of Salzburg from October 17 and 18 and in Okinawa, Japan, on November 28 and 29.