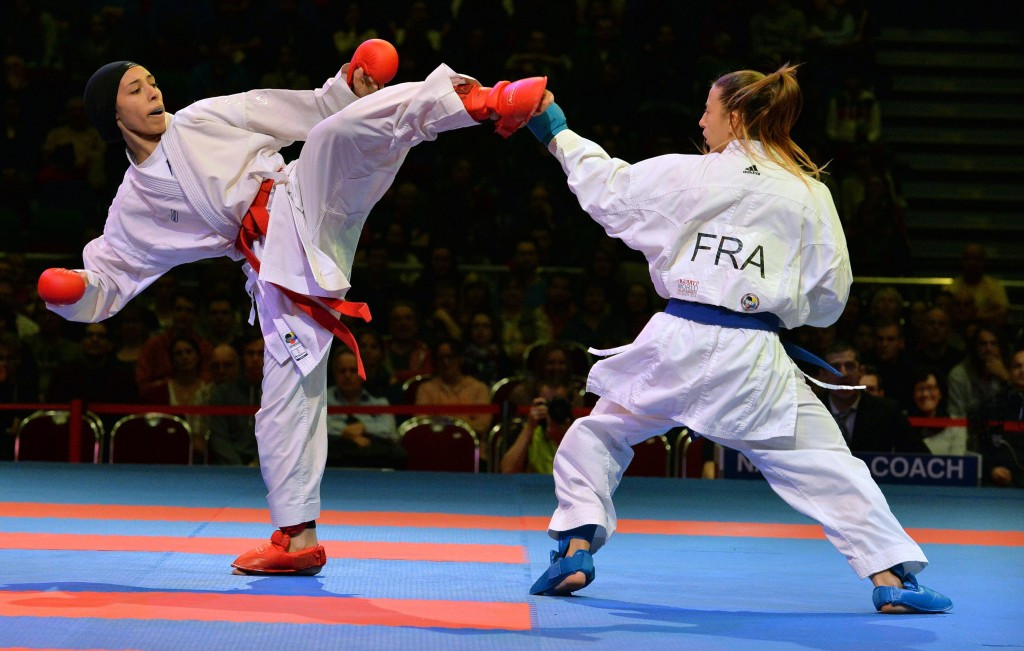 France topped the medal standings at the Karate1 Premier League’s latest stop in Salzburg, claiming four golds and 16 in all.

The two-day tournament saw 743 athletes from 59 countries compete at the Sporthalle Alpenstraße arena with several of them concluding their preparations for the Cadet, Junior and Under 21 World Championship, scheduled to take place in Indonesia’s capital Jakarta from November 12 to 15.

Compatriot Sophia Bouderbane was one of the two bronze medallists, along with Ukraine’s Kateryna Kryva.

Further French success came in the women’s under 68kg kumite as another one of their world champions, Alizee Agier, fended off nearest challenger, Gitte Brunstad of Norway.

Anne Laure Florentin also took top honours for France in the women’s over 68kg kumite, with Russia’s Vera Kovaleva in second, and the bronzes going to Croatia’s Masa Martinovic and another Frenchwoman Ibrahim Nadege Ait.

United Arab of Emirates finished second in the overall standings thanks to gold in the men’s and women’s kata through Damian Quintero and Jaime Sandra Sanchez respectively, and the men’s kumite under 75kg courtesy of Serkan Yagci.

They were followed by double gold medallists Italy, winners in the women’s kumite under 61kg thanks to Laura Pasqua and the female team kata.

Croatia also won two golds, through Ivan Kvesic in the men’s 84kg and Ivan Zoricic in the men’s over 84kg, but finished behind Italy due to their inferior overall tally - three to six.