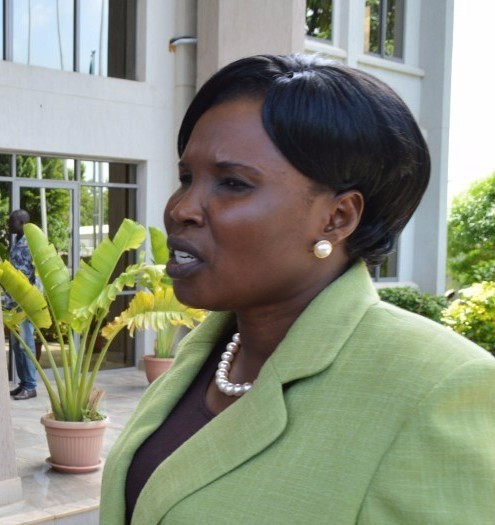 There is a vast untapped reservoir of talent in South Sudan that competing at next year's Olympic Games in Rio de Janeiro will help encourage, the country's Sports Minister predicted here today.

Nadia Arop Dudi made the claim during the opening session of the eighth edition of the annual Peace and Sport International Forum, an event bringing together more than 500 leading figures from the international sports movement, the private sector and Non-Governmental Organisations, as well as political leaders and champions for peace.

South Sudan is the world's newest country which only split from its norther neighbour Sudan in 2011 and was officially recognised by the International Olympic Committee (IOC) in August during this year's Session in Kuala Lumpur.

South Sudan expect to send a team of four athletes to Rio 2016, consisting of two men and two women, including marathon runner Guor Marial, 47th at London 2012 after competing as an independent athlete under the IOC flag.

Arop Dudi, the country's Sports Minister since 2013, revealed that sport is an important part of nation-building in South Sudan, which is still suffering internal conflict and has the highest score on the Fragile States Index, which ranks how likely a country is to collapse.

"Sport is one of the tools in our culture," she told insidethegames.

"Despite the conflict, through sport we are getting ourselves together."

There are between eight and 10 million people living in South Sudan and Arop Dudi believes there is plenty of sporting potential in the country.

"There are 64 ethnic groups in South Sudan and all have their potential unique talent," she said.

"Each tribe has a specific skill that we can develop over time."

The biggest ethnic group are the Dinka, who have produced National Basketball Association players Manute Bol, who at nearly 7ft 7in was one of the two tallest players ever in the history of league, and Luol Deng, picked out by United President Barack Obama as his favourite player when he was at the Chicago Bulls and who now represents Miami Heat.

"Sport is something that people from South Sudan have always been good at," said Arop Dudi.

"We have been developing for a long-time."

Lieutenant General Wilson Deng Kuoirot, President of the South Sudan Olympic Committee, had claimed during the Association of National Olympic Committees General Assembly in Washington D.C. last month inclusion in international sport will help during the ongoing sectarian conflict rampant across the country.

"Instead of being armed with guns, they will be armed with facilities," he told delegates.

Arop Dudi admitted, though, that the lack of facilities will be the biggest short-term barrier to South Sudanese athletes being successful.

"We don't have the infrastructure at the moment," she said.

"We our doing our best."