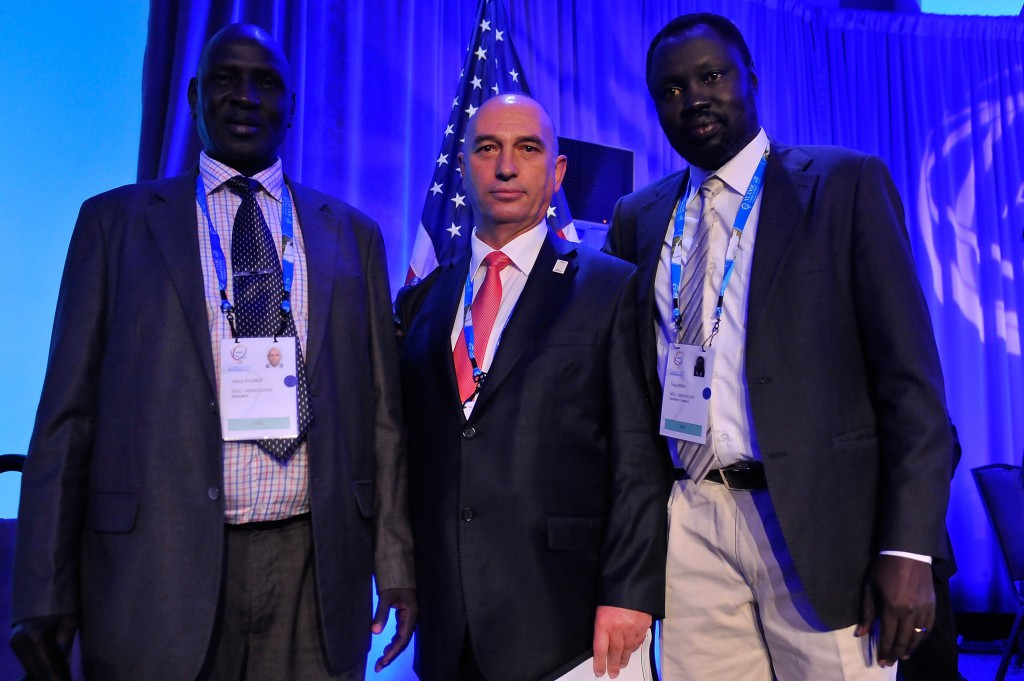 Kosovo and South Sudan have been officially confirmed as the 205th and 206th members of the Association of National Olympic Committees (ANOC) here during today's General Assembly.

Kosovo, the Balkan Republic which declared independence from Serbia in 2008 following years of conflict, had been provisionally accepted as an ANOC member at last year's meeting in Bangkok.

The decision was fully rubber-stamped by the membership at large at December's Extraordinary IOC Session in Monte Carlo.

South Sudan, meanwhile, the world's newest nation which only split from its norther neighbour Sudan in 2011, was recognised by the IOC in August during this year's Session in Kuala Lumpur.

While the challenge in Kosovo was a political one relating to the fact that, despite being recognised by 111 of 193 members, the Republic is not a member of the United Nations, in South Sudan it was a case of fulfiling the Olympic Charter requirement of having five internationally recognised National Federations and a functioning NOC in place, something only achieved this year.

Both were unanimously accepted as full ANOC members by acclamation today, before being congratulated by the body's President Sheikh Ahmad Al-Fahad Al-Sabah and by IOC counterpart Thomas Bach.

In a speech delivered following the acceptance, KOC President Besim Hasani praised those who had made recognition possible before promising to not let anyone down.

"President Bach, you have expressed your hope to award Kosovo its first Olympic medal," he said.

"Well, be prepared to hand one out because we are going to win one."

An emotional address followed by South Sudanese counterpart Lieutenant General Wilson Deng Kuoirot, who believes inclusion in international sport will help his during the ongoing sectarian conflict still rampant across the country.

"Sport is a way to bring about peace," he said.

"Instead of being armed with guns, they will be armed with facilities."

Association of National Olympic Committees of Africa President Lassana Palenfo also promised to help South Sudan, which he described as a challenge.

Counting the two additions, there are 204 NOCs present for the two-day Assembly.

Congo Brazzaville were unable to attend, while Kuwait is not eligible to participate due to being suspended by the IOC on Tuesday (October 27) following a failure to meet a deadline to change a proposed Government law supposedly limiting the independence of sporting bodies.