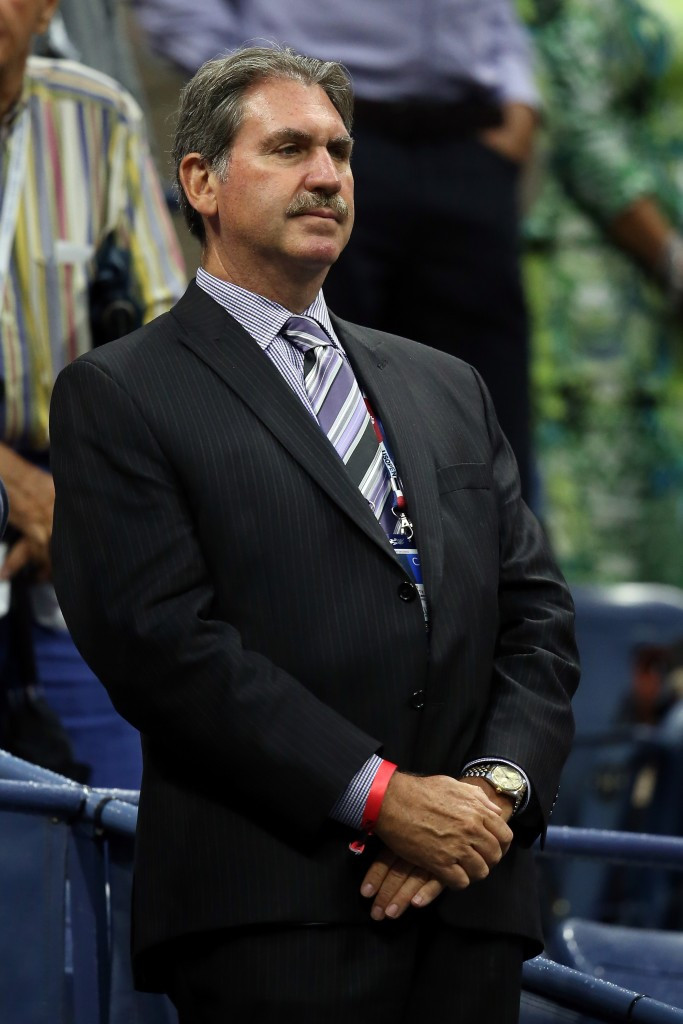 Next weekend’s Davis Cup final between Britain and Belgium will go ahead as planned despite newly-elected International Tennis Federation (ITF) President David Haggerty revealing they have “great concerns” about the raise of the terror alert in Brussels.

Preparations for the tie, which is due to take place in Ghent, 56 kilometres away from the Belgian capital, from November 27 to 29 at the 13,000-capacity Flanders Expo, are continuing as normal, Haggerty claimed.

It follows Brussels being placed on the highest-possible alert because of a serious and imminent threat, which prompted the closure of the city’s metro system and forced the postponement of Belgian football matches this weekend, with the city's residents told to avoid public places.

The country has become the centre of attention following the atrocities in the French capital, with Brussels-born Salah Abdeslam, who remains at large, identified as a key suspect.

Haggerty, who was chosen as Francesco Ricci Bitti’s replacement as ITF President in September, stressed that security was the main priority ahead of the final between the two European nations.

“Over the last week, the ITF has been in constant contact with the relevant authorities, the Royal Belgian Tennis Federation, the Lawn Tennis Association and our risk assessment company, and this dialogue continues today,” Haggerty said.

“We are aware that Belgium has raised the terror alert level for Brussels.

“This greatly concerns us but, at the present time, we are still continuing with preparations for the final.

“What I said last weekend is true today: security of players, fans, media and working staff remains our highest priority.”

It is understood that the British Foreign Office have been in regular dialogue with the Lawn Tennis Association, who govern the sport in the country, about the safety of travelling to Ghent.

Current world number two Andy Murray, who was dumped out of the ATP World Tour Finals event in London yesterday, had previously said he didn’t want to “fear for his life every time he stepped on the tennis court”.

The British team are due to leave for the Belgian town tomorrow, and captain Leon Smith fully believes the match should go ahead as normal.

“It’s natural to have some worries but I hope nothing stops us going to Ghent to play the final because it’s important that everyone rises above it, and this event should take place, unless something else happens between now and then,” he said before the raised alert in Brussels.

The events in Brussels had cast the final into doubt and the ITF have precedent for switching Davis Cup matches if the host city or country is not deemed secure enough.

Last September, a World Group play-off between Ukraine and Belgium was moved to the neutral venue of Tallinn, in Estonia, as a result of the ongoing conflict in Ukraine.

The same week, Israel’s clash with Argentina was switched from Tel Aviv to Florida due to escalating conflict between the host country and Hamas.