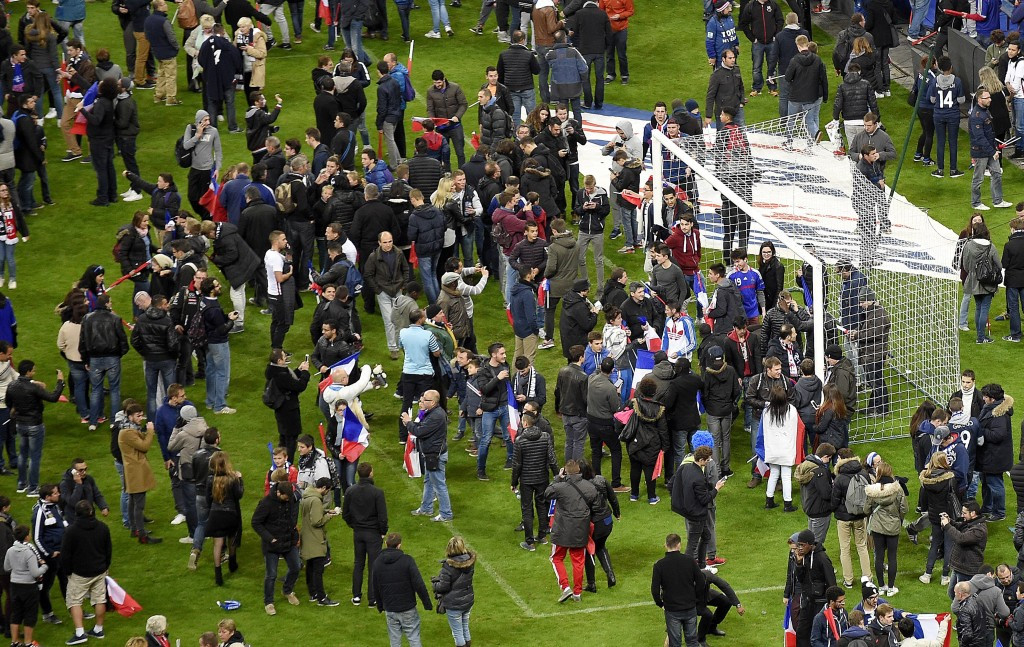 European football’s governing body UEFA have confirmed the Euro 2016 will go ahead in France despite deadly attacks in the country’s capital Paris last Friday (November 13).

A series of terrorist attacks in Paris saw 129 people were killed and 350 wounded, including suicide bombers detonating devices outside the Stade de France, where the national football team were playing Germany in a friendly.

The stadium is scheduled to host the final of the European Championship on July 10, while The Parc des Princes, also located in the capital, is also due to host matches during the tournament.

Following the second string of attacks in Paris this year, with 18 people having been murdered by Islamist gunmen at the office of French satirical magazine Charlie Hebdo, a Jewish supermarket and a policewoman on patrol across three days in January, concerns have been raised over the safety of staging the tournament in France.

Euro 2016 President Jacques Lambert had called for the tournament to go ahead as planned yesterday, claiming cancelling the quadrennial event would "play into the hands of terrorists".

UEFA have now released a statement reiterating the Championship would continue as planned.

“For over three years now, [tournament Organising Committee] Euro 2016 SAS has been working closely with the relevant authorities to develop the most appropriate mechanisms in order to guarantee there is a safe and secure tournament and we are confident that the necessary measures will be taken to ensure that is the case for all involved,” the statement read.

“The Euro final draw will go ahead as scheduled on December 12 at the Palais des Congres in Paris and the final tournament will be played in France from 10 June to 10 July 2016.”

Matches are set to take place at 10 venues across France at the expanded tournament, which will feature 24 teams rather than previous editions where 16 countries had taken part.

The Stade de France has also been earmarked as the centrepiece of Paris' bid to be host city for 2024 Olympic and Paralympic Games.

International Olympic Committee (IOC) President Thomas Bach has claimed the Parisian bid for the Games will be unaffected by the events and would not influence IOC members when they are due to vote at the Session in Peru’s capital Lima in September 2017.

“The IOC members have a lot of experience,” Bach told the Stade 2 programme on television network France 2.

"They know that nobody knows how the world will be in nine years and they know that terrorism is not a French or a Parisian problem, that it is a global challenge.

"We are talking about the Olympic Games that will be held in nine years and terrorism is global, it is not just about a country or a city.

"It does not only concern sports but all the big events and the whole society, you cannot concede victory to the terrorists, we must be united and firm, especially with the Olympic Games."

Paris is up against Los Angeles, another two-time Olympic host, as well as Budapest, Hamburg and Rome in the race for the 2024 Games.