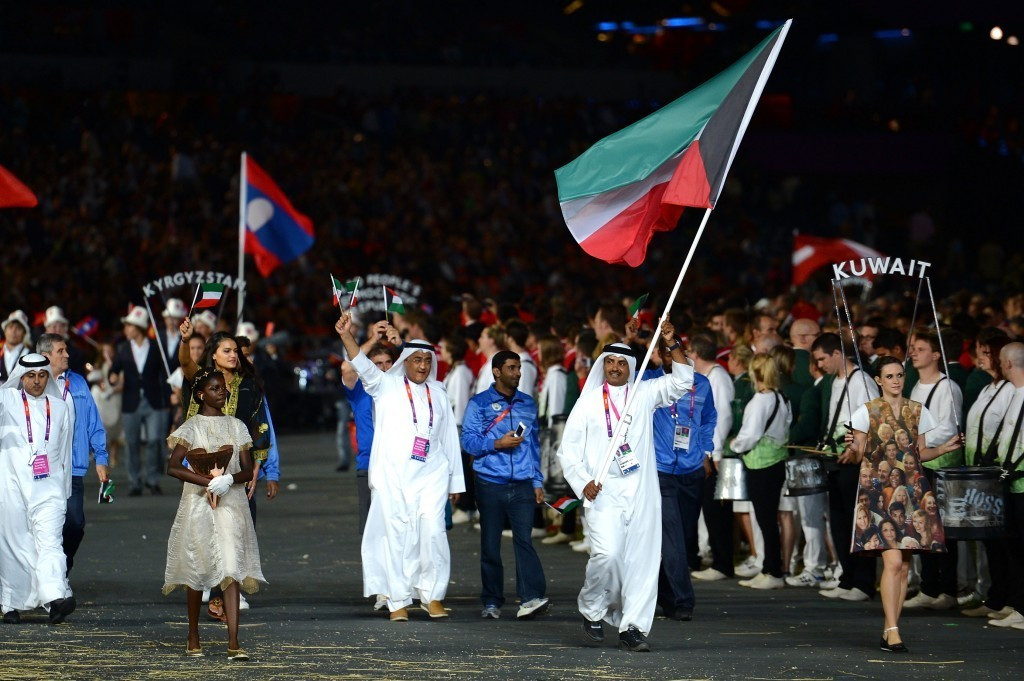 In a passionate defence of the body's actions, the Spaniard claimed "unfair" pressure is being put on Kuwaitis belonging to the Olympic Movement, who are being blamed for colluding to threaten the soverignty of the Gulf nation, and for applying pressure on the IOC to suspend Kuwait ahead of a decision being made to do so last month.

This came after Kuwait had failed to meet an IOC-imposed deadline of October 27 for changes to be made to a Government law which supposedly interferes with the independence of sporting institutions.

The law would hand Sheikh Salman, whose official title is Minister of Information and Minister of State for Youth Affairs, the power to oversee all sports clubs, powerful bodies which effectively act as National Federations governing a number of different sports.

It would also mean the nation no longer complies with either the Court of Arbitration for Sport or the World Anti-Doping Agency.

It has already come into power, and is beginning to be implemented, with changes made so far involving the Presidents of some of the clubs being replaced.

"This is one of the worst cases I have ever seen of interference and non-understanding," Miró told insidethegames today.

"The Minister doesn't want to understand the rules of sports organisations.

"We have a position that others [in the Government] would follow."

This marks the second time Kuwait has been suspended from the IOC following an explusion for a similar reason in 2010, before the ban was lifted shortly before the London 2012 Olympics after the Kuwaiti Emir Sabah Al-Ahmad Al-Jaber Al-Sabah provided an assurance the necessary changes would be made.

But amendments were re-introduced in 2014 which caused a loss of independence again, before details of the latest law emerged this year.

Another meeting was then held in Lausanne on October 12, attended by Sheikh Salman and chaired by IOC autonomy delegate Patrick Hickey, with others present including Miró, Association of Summer Olympic Sports Federations director general Andrew Ryan and KOC President Sheikh Talal Fahad Al-Sabah.

It was supposedly agreed that a Working Group would be set up, and that the law would not be implemented until its activity had been completed, with a deadline of October 27 given.

The ban was consquently imposed when this did not happen, with Sheikh Salman having slammed the decision as "unacceptable" and a special cabinet meeting held in which the nation withdrew from the Olympic Council of Asia, from which it was already suspended as a consequence of the IOC ruling.

Kuwaiti officials including Association of National Olympic Committees and OCA President Sheikh Ahmad Al-Fahad Al-Sabah and OCA director general Husain Al-Musallam have been blamed in Kuwait for stirring the unrest.

But Miró claims this is not the case, and that details of the law were in fact sent in a letter to the IOC by Sheikh Salman himself.

Their point of view has not been represented in Kuwait, where all communications have come through the Information Ministry-linked Kuwaiti News Agency (KUNA), he claims.

"We have received no official answers but only misrepresentations and explanations conducted through the media," he added.

The OCA also face being forced out of its new headquarters in Kuwait City, having told insidethegames this week that several other countries have offered to house the continental body if required.

It is also alleged that Kuwaiti Government figures are asking representatives from other international Governments to put pressure on the IOC and other sports bodies to revoke the ban, which, if true, appears a blatant violation of the Olympic Charter's principles of autonomy and independence.

No further sanctions are expected to be taken for at least the remainder of this year, although the IOC is prepared to sit down with Kuwaiti officials to discuss the laws once again at any time.

If no improvement has been made and the ban remains in place, it appears likely Kuwaiti athletes will be allowed to compete under the Olympic Flag at Rio 2016, although Sheikh Salman has suggested that athletes would not be permitted to do so.

The official, a relative of Sheikh Ahmad, is also head of the Asian Shooting Confederation, and last year stood unsuccessfully against Mexico's IOC member Olegario Vazquez Raña as head of the ISSF, which he lost by 165 votes to 128.

insidethegames exclusively reported on the eve of the election how he had been supposedly using his Government position to illegally collect votes, with his representatives allegedly contacting Sports Ministers around the world on his behalf urging them to support his campaign.

The ongoing Asian Shooting Championships in Kuwait was stripped of its Olympic qualification status as a consequence of the IOC ban, as well as because an ISSF technical delegate from Israel was reportedly denied a visa to attend the event.

Shooting is one of at least 10 sports where the Kuwaiti club or National Federation has been suspended by the respective International Federation, with football, basketball, judo, volleyball, handball and karate among others where this has happened.

All other IFs, including the International Association of Athletics Federations, are expected to follow suit soon, Miró said, with any delays only due to procedural reasons.