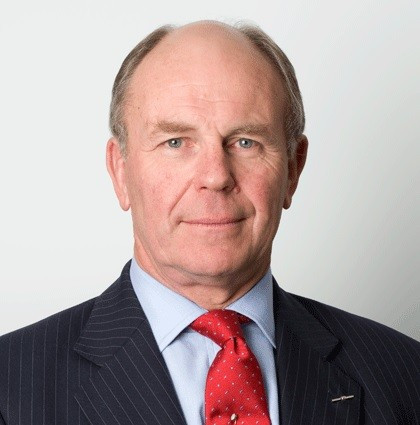 The All-Russian Athletics Federation (ARAF) and its athletes should be banned from the Rio 2016 Olympic Games, according to the Institute of National Anti-Doping Organisations (iNADO), with the organisation stating “corruption in Russian athletics deserves no less”.

Russian athletes' participation at the Games is under threat after the International Association of Athletics Federations (IAAF) voted 22-1 in favour of suspending the ARAF after state-sponsored doping allegations were revealed in a report by the World Anti-Doping Agency's (WADA) Independent Commission.

The provisional suspension, under IAAF Constitution Article 6.11(b) and Article 14.7, means that Russian athletes may not compete in international competitions, including World Athletic Series competitions and the Olympic Games.

An inspection team led by Norwegian Rune Andersen, an independent international anti-doping expert, and four members of the IAAF Council, will oversee Russia's return with IAAF President Sebastian Coe describing the sanction as a “wake-up call”.

International Olympic Committee (IOC) President Thomas Bach has stated he is "confident" the measures proposed by the Russian Olympic Committee (ROC) in light of the scandal will help to restore credibility and enable the suspension to be lifted in time for athletes to compete at Rio 2016.

But in a statement which coincides with the World Anti-Doping Agency (WADA) Executive Committee and Foundation Board meetings in Colorado Springs, iNADO chair David Kenworthy stressed that Russian athletes should not be allowed to compete at the Games regardless of whether the country cleans up its act.

“ARAF has not demonstrated that they are capable of sending a clean team to Games,” Kenworthy said, following the iNADO board of directors meeting.

“A strong deterrent message must be sent that national federations cannot participate in the highest levels of competition when anti-doping has been intentionally subverted.

“The actions by the ARAF, which deliberately flouted the rules of sport, have tainted all Russian athletes in the sport of athletics.

“iNADO is concerned with the current gap in testing in all Russian sports, and iNADO’s global network of Member National Anti-Doping Organisations (NADOs) is available to collaborate with WADA and with International Federations to conduct testing in Russia and of Russian athletes in all sports.”

The future of the Russian Anti-Doping Agency (RUSADA), the country's drugs testing organisation, is set to be discussed by the WADA Executive Committee in Colorado Springs, with the body having withdrawn the accreditation of its laboratory in Moscow.

Any decisions taken by the Executive Committee must be approved by the 38-member WADA Foundation Board, the supreme decision-making body.

Kenworthy praised the efforts of WADA for creating and assisting the Independent Commission, and claimed their findings reinforced the need for anti-doping work to be conducted independently of sport organisations and without Government interference.

However the Briton, who revealed last month that the UK Anti-Doping (UKAD) body he chairs could be forced to close its doors due to Government funding cuts in the country, urged WADA to “accelerate the work of its Independent Compliance Review Committee, and to fund that work at least to the level of anti-doping research spending each year.”