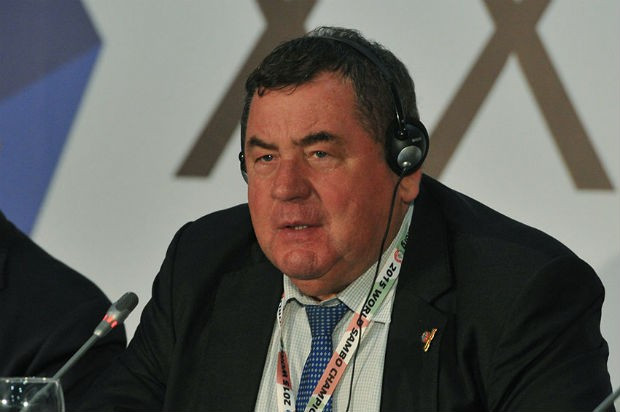 International Sambo Federation (FIAS) President Vasily Shestakov has claimed all members of the world governing body are now "united" in their views on how best to move the sport forward after admitting significant conflicts of opinion had existed for some time following his election in 2009.

Speaking exclusively to insidethegames, Shestakov said an agreement has now been signed confirming "everyone is working together for sambo’s development".

A key objective of FIAS is gaining recognition from the International Olympic Committee (IOC).

The Russian said FIAS has submitted an official recognition application to become a sport recognised by the Olympic Movement and that the governing body is in close contact with the IOC Sports Department.

"Everything has been settled so we believe that we have no barriers left," he told insidethegames here at the World Sambo Championships.

"We’re waiting for the next IOC Session [in Rio de Janeiro next August] where they will make announcements about the applications and we hope that sambo will be one to be recognised."

Having already secured its place on the sports programmes of the Asian Games and European Games, sambo is currently looking to break into the African Games and Pan-American Games.

The AASC welcomed the African Sambo Confederation’s membership application at an Extraordinary Session of its General Assembly in September and Shestakov is hopeful FIAS can proceed once "everything is settled" between the two conflicting parties.

"As for the Pan-American Games, we’re now working on that and are in the process of conducting meetings and negotiations," the Russian added.

"But for now, it’s the only continent where we don’t have recognition yet and we’re working on that initially."

An additional nine sets of medals are due to be handed out on the final day of the World Sambo Championships today with the women’s 56 kilogram, 68kg and over 80kg categories taking centre stage, along with the men’s 62kg, 82kg and over 100kg, and combat men’s 52kg, 68kg and 90kg.

After two days of action, Russia’s tally of eight gold medals puts them six clear of Bulgaria, Georgia and Ukraine with two apiece.