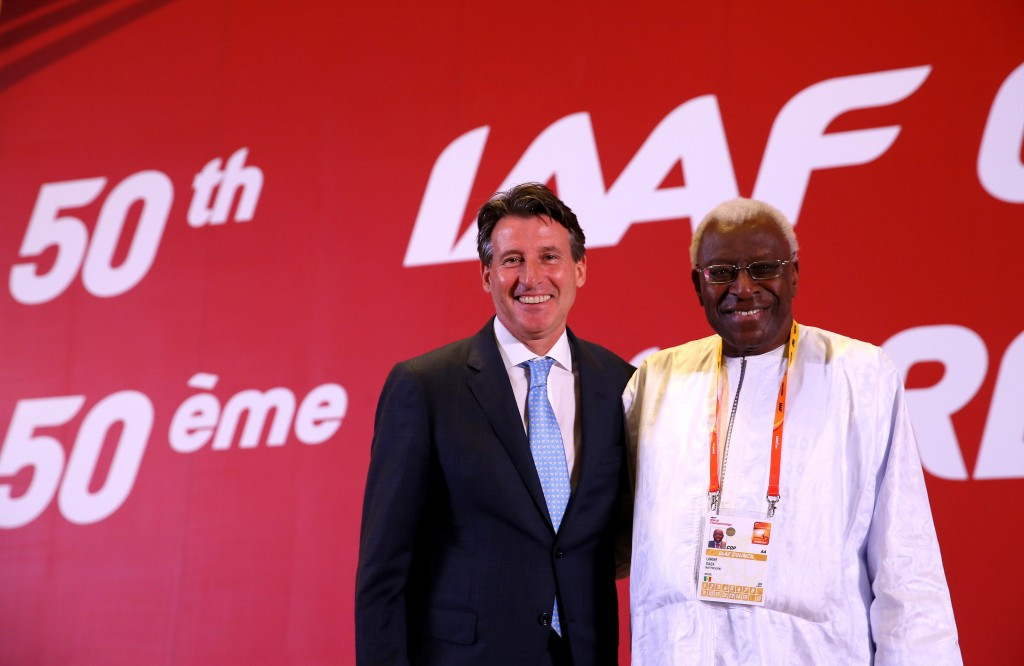 The International Association of Athletics Federations (IAAF) has today confirmed it has cancelled the World Athletics Awards Gala in Monte Carlo because of the “cloud that hangs over our association” according to President Sebastian Coe.

It had been reported yesterday that Coe had opted to cancel the event following discussions with the Principality of Monaco following the shock arrest of former President Lamine Diack on allegations of accepting bribes to cover up doping charges.

Diack is the subject of an investigation by French police, who detained the 82-year-old on Sunday (November 1), questioning the Senegalese after it was claimed he accepted cash to ensure Russian athletes who had tested positive for banned performance-enhancing drugs escaped punishment.

Since his shock arrest, allegations concerning his two sons, Papa Massata Diack and Khalil Diack, have surfaced after they were accused of asking for $500,000 (£330,000/€440,000) from Turkey’s 1500 metres women’s Olympic champion Aslı Çakır Alptekin in November 2012, but she refused.

Alptekin was suspended in April 2013 for abnormal blood samples and is now serving an eight-year ban.

She has also been stripped of her Olympic title.

A report from the World Anti-Doping Agency Ethics Committee due to be published on Monday (November 9) reportedly alleges that the Diack family used a Singapore-based company Black Tidings for money transfers.

The Gala, which was originally scheduled for November 28, was where world athletics’ governing body was due to announce the recipients of the male and female Athlete of the Year and Coe insists they will “still rightly honour” the winners despite the cancellation of the event.

The Gala is organised by the International Athletics Foundation, a charity of which Diack remains the President.

The Foundation's Honorary President is Prince Albert II of Monaco.

The ceremony, sponsored by Compagnie Monegasque de Banque and IAAF official supplier Mondo, has been held annually since 1988.

“Given the cloud that hangs over our association this is clearly not the time for the global athletics family to be gathering in celebration of our sport,” Coe said.

“However we will rightly still honour the outstanding achievements of the sport’s athletes.

“Therefore the Athlete of the Year and other annual honours will still be awarded and will be promoted and announced on the internet and social media.

“The IAAF will seek a suitable occasion in the future for the presentation of these awards to be made to the winners.”

The confirmation from the IAAF comes after American Christian Taylor and Caterine Ibargüen of Colombia were named as the latest nominations for the award in the jumps category.

Both athletes, who compete in the triple-jump, won their respective competitions at the IAAF World Championships in Beijing in August.

The duo join Usian Bolt and Dafne Schippers, Mo Farah and Genzebe Dibaba and Eliud Kipchoge and Mare Dibaba have been put forward in the sprints, middle/long distance and road running categories.

The nominees for race walking, jumps, throws, combined events and multi-terrain categories will be revealed in the coming days, with the list then whittled down to three men and three women by a panel of experts.