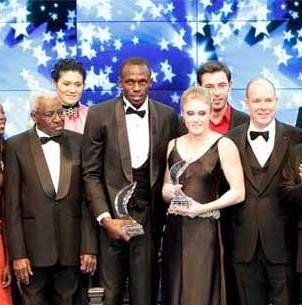 The International Association of Athletics Federations (IAAF) has cancelled its World Athletics Awards Gala in Monte Carlo following the arrest of former President Lamine Diack on allegations of accepting bribes to cover up doping charges, it has been reported.

The decision was taken by Sebastian Coe, who succeeded Diack as President in August, following discussions with the Principality of Monaco, where the Gala was due to be held on November 28, French newspaper L'Equipe reported.

The 82-year-old Diack had been arrested by French police on Sunday (November 1) and questioned over allegations he accepted cash to ensure Russian athletes who had tested positive for banned performance-enhancing drugs escaped punishment.

The Gala is organised by the International Athletics Foundation, a charity of which Diack remains the President.

The Foundation's Honorary President is Prince Albert II of Monaco.

The event, sponsored by Compagnie Monegasque de Banque and IAAF official supplier Mondo, has been held annually since 1988 and each year recognises the female and male Athlete of the Year.

Bolt is among the athletes shortlisted for this year's Award following his three gold medals at the IAAF World Championships in Beijing.

The decision to cancel the Gala was taken following fresh allegations linking Diack to doping cover-ups.

French news website Mediapart claimed that it had seen a report due to be published by the World Anti-Doping Agency Independent Commission in Geneva next Monday (November 9).

Alptekin was suspended in April 2013 for abnormal blood samples and is now serving an eight-year ban and been stripped of her Olympic title.

The report claims Lamine Diack, an honorary member of the International Olympic Committee, was told several times about the activities of his sons but did nothing.

The WADA report also alleges that Russian runner Lilya Shobukhova, a three-time winner of the Chicago Marathon and the former London Marathon champion, paid $569,000 (£374,000/€523,000) to a coach Alexey Melnikov, who acted as an intermediary for Black Tidings.

The payment was made with the knowledge of All Russia Athletics Federation President Valentin Balakhnichev, who was also treasurer of the IAAF.

Black Tidings was liquidated shortly after the payment was made, it is alleged.

Balakhnichev stood down as head of Russian Athletics and treasurer of the IAAF shortly after the allegations made by German broadcaster ARD in its documentary, Top Secret: How Russia makes its winners.

The programme led to WADA, which is headed by Britain's Sir Craig Reedie, establishing the Independent Committee.