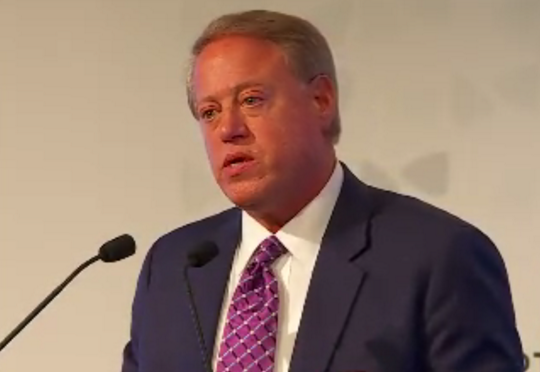 Michael Hershman, founder of Transparency International and a former FIFA Independent Governance Committee (IGC) member, has heavily criticised the work of football's world governing body's Reform Commission, which he believes is a "waste of time and money".

Speaking here on the final day of the International Council of Sport Security (ICSS)-sponsored Securing Sport conference, where he delivered the closing address, Hershman spoke afterwards in place of US Soccer chief and FIFA Executive Committee member Sunil Gulati, who had pointedly refused to speak to journalists after barely touching upon the under-fire governing body during his speech.

In contrast, Hershman was blunt and forthright about the work of the Commission being overseen by former International Olympic Committee (IOC) director general, François Carrard.

"It is a waste of time and money and I don't have any confidence in it," he said.

"Why should we expect a bunch of insiders to achieve what we [the IGC] weren't able to?"

Speaking here yesterday, Carrard had claimed there was a collective will for reform within football and batted off suggestions he is too "inside the club" to make a difference, arguing instead that such experience is crucial if reforms are to be forced through.

He had also insisted there was consensus on the need for some reforms, like a 12-year Presidential limit, and that they are still working hard to reach agreement on other areas, such as a maximum age limit of 74 for Executive Committee members.

Hershman was also skeptical, though, about this, claiming that if they are wavering on the age limits, there is no chance of forcing through more radical but important measures such as the incorporation of independent members.

Hershman, an ICSS Board member considered an expert on matters relating to transparency, accountability and governance, also expressed his doubt on several of the figures running for FIFA President, including Bahrain's Asian Football Confederation chief, Sheikh Salman Bin Ibrahim Al-Khalifa.

"I think he has a lot of explaining to do about what he has done in the past," he said.

"I'm not speaking on behalf of Transparency International or ICSS, but personally, I don't think he's an appropriate candidate for the President because of his track record in the area of human rights."

Sheikh Salman has dismissed accusations that he was complicit in the torture and arrests of Bahraini athletes in 2011 as “nasty lies”.

Hershman also questioned the validity of any candidate who has not strongly supported reforms in the past, suggesting the only contender to have done this is Jordan's Prince Ali bin al Hussein.

A vote to replace the body's currently suspended head Sepp Blatter is due to take place at FIFA's Extraordinary Congress in Zurich on February 26.