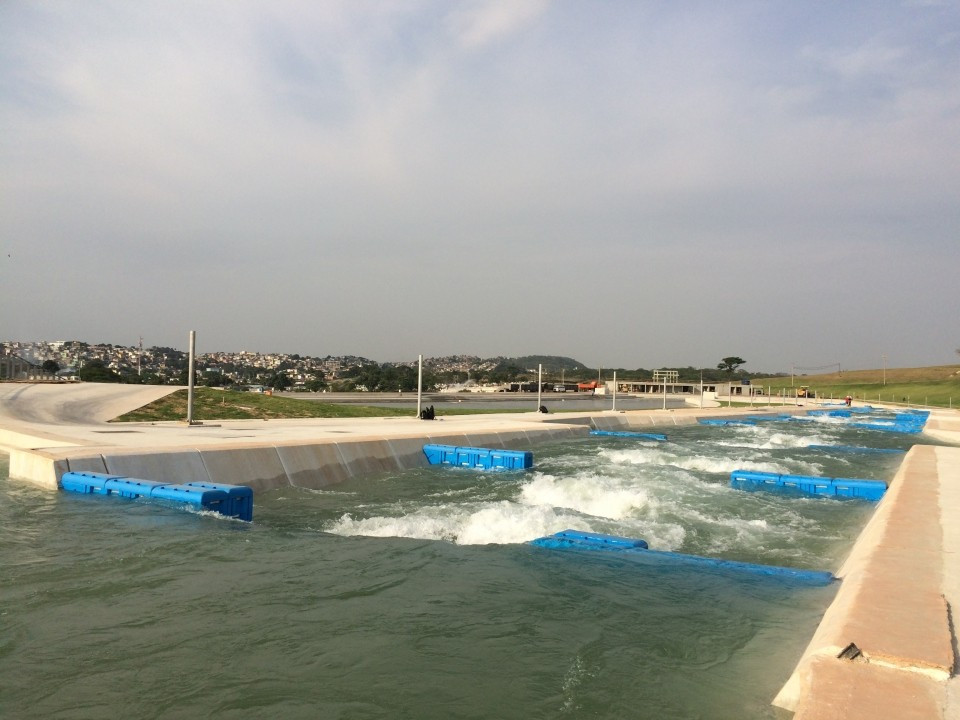 The International Canoe Federation (ICF) have claimed preparations at the Rio 2016 canoe slalom venue “have been picking up in intensity” in recent weeks ahead of this month’s test event.

The Whitewater Stadium, located on the Deodoro Olympic Park, is due to host a test event from November 26 to 29, when 250 athletes from 40 countries are expected to compete.

With the lake full and pumps now operating to capacity, whitewater is said to have been flowing regularly down the Olympic channel.

Whitewater Parks International (WPI), designers of the course and who are now helping constructor Queiroz Galvão commission the venue, was last month testing pumps, calibrating flows, and adjusting obstacles in a bid to ensure that all basic hydraulic parameters fall within the Olympic technical requirements.

"We test primarily for depths and velocities," said Bob Campbell, the managing director of WPI.

"Generally, we’re looking to see that both the main current and adjacent eddies are relatively stable and consistent.

"If there’s anywhere that’s not the case, we rearrange things to improve hydraulic behaviour.

"Ultimately, the ICF needs to be satisfied that the course will be challenging, safe, and fair for Olympic competition before the project can be considered complete."

Parts of the commissioning were assisted by WPI team members from Cundall engineering, who worked closely with WPI in the design of the London 2012 course.

WPI also collaborated with Prague's Czech Technical University (CTU) last year to construct a 1:13 scale hydraulic model of their design, which was said to be helpful in establishing initial placements for the course obstacles.

The CTU’s Jara Pollert was on hand last week to undertake some of WPI’s commissioning tasks, assisting with full scale measuring and calculating now that the constructed facility has water flowing through it.

The Whitewater Stadium, officially unveiled by Rio de Janeiro Mayor Eduardo Paes at a ceremony in September, forms part of the X-Park along with the BMX and mountain bike venues.

A permanent support building that will be shared with BMX is still under construction, while finishing touches are being applied to the technical building which houses equipment control panels and a water treatment system.

Landscaping, drainage, and access roads are all but complete and slalom gate cabling is due to fitted imminently.

Preparations around other water sport venues have come under fierce criticism due to concerns over pollution, with waste at the Guanabara Bay area, which will stage sailing competitions, proving a particular thorn in Rio 2016’s side.

Reports surfaced back in 2013 that Rio 2016 were even considering moving the canoe slalom events to a venue 700 miles away from Rio de Janeiro, near the famous Iguazu Falls, in order to cut costs.

At the time, fears over the state of progress were rife, prompting calls for alternative venues to be considered to allay any concerns.

ICF vice-president Tony Estanguet has revealed the world governing body are working to create temporary slalom venues which could be used at future Games to cut costs and promote sustainability.