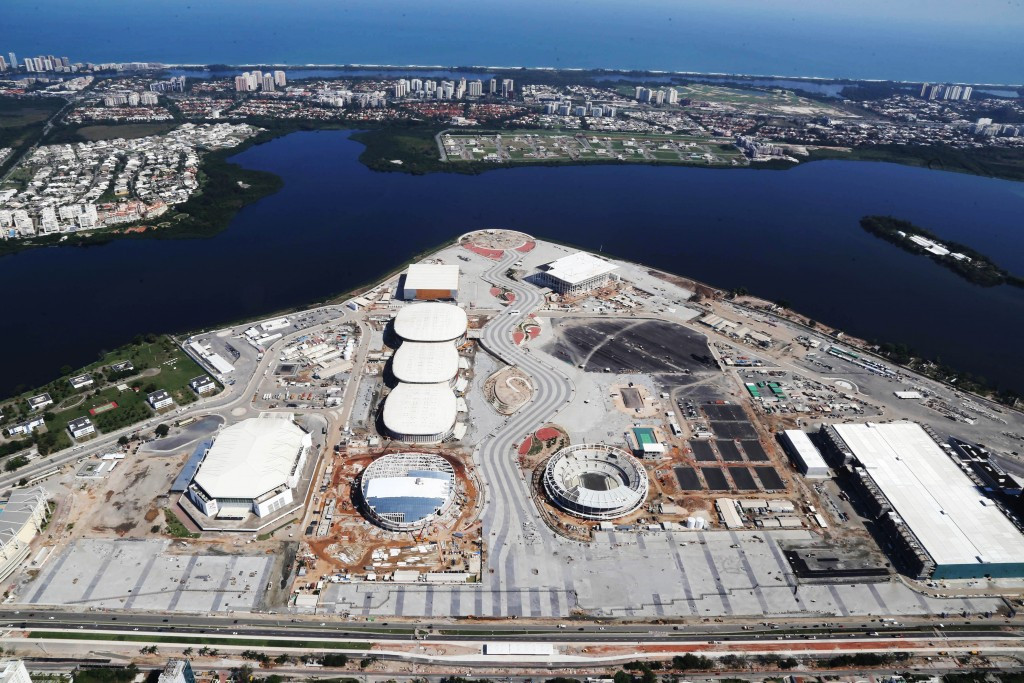 Rio 2016 has released an update on the construction of venues for next year's Olympics, which claims that six sites are 90 per cent complete.

The announcement comes after reports claiming that the Brazilian city faced a "race against time" to be ready for next summer, with only two new venues finished so far.

They are the Olympic BMX Centre and the Mountain Bike Park, with the city’s government having opened the BMX course this month.

They will form part of the Deodoro Olympic Park, which will be the second largest cluster at the Games.

Also situated at Deodoro, where construction only began last July following delays, is the Olympic Whitewater Stadium, which will be home to canoe slalom competition and is deemed to be at 85 per cent completion by organisers.

A youth arena is further behind in preparations and is currently judged to be 65.5 per cent ready, with the Games, due to start on August 5, less than one year away.

The Carioca Arena 3, which is due to host fencing and taekwondo before staging Paralympic judo competition, is considered the most complete competition venue in the Rio 2016 Olympic Park at 95 per cent.

It is followed by the Carioca Arena 2, with the Olympic judo and wrestling venue ranked at 94 per cent, while Carioca Arena 1, which will host basketball, is claimed to be 92 per cent ready to welcome the world’s top teams.

Specialist venues such as the Aquatic Stadium, where the rooftop has nearly been completed, and Tennis Centre are adjudged to be 89 per cent and 73.5 per cent ready respectively, while the Velodrome is at 65 per cent ready with its roof halfway through construction.

The Games’ golf course, located at Reserva de Marapendi, has been one of the more controversial venues with environmentalists complaining the construction was damaging the local nature reserve but it is now seen as being two per cent away from being finished.

In addition to competition venues, the Athletes' Village is at 91 cent according to organisers, while the International Broadcast Centre and Main Press Centre are deemed to be at 96 and 88 per cent respectively.

The hotel in the Olympic Park is judged to be 83 per cent ready.