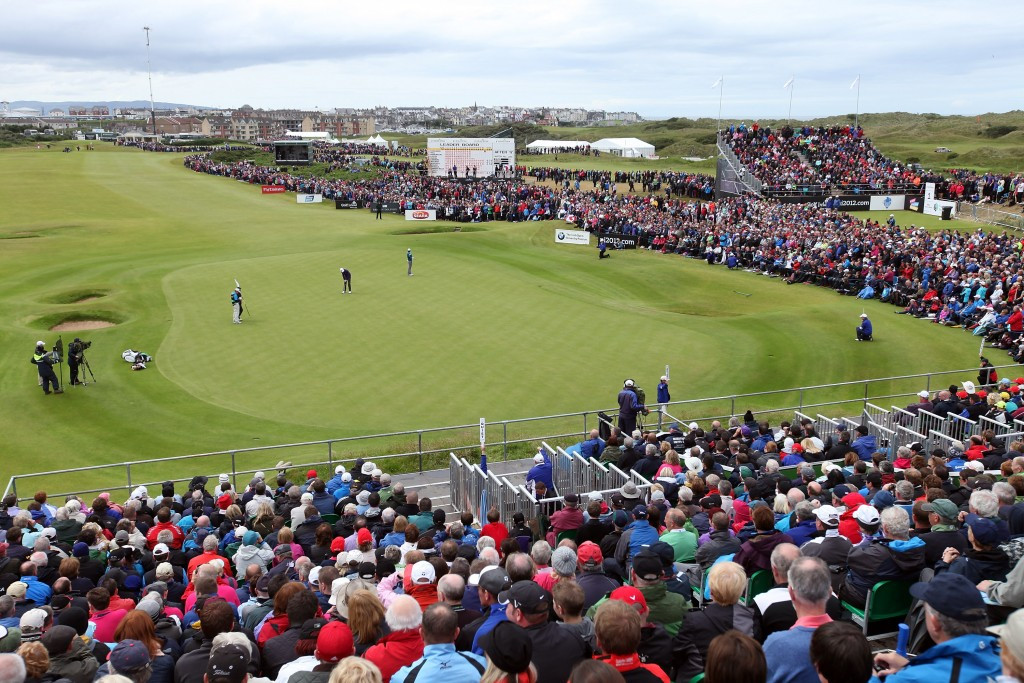 Royal Portrush Golf Club in Northern Ireland will stage The Open Championship in 2019, it has been confirmed today, marking the first time the event has come to the country in 68 years.

The course, located in Country Antrim, had been put forward as a potential host for the tournament by organisers the Royal and Ancient (R&A) last year.

In August 2014, members of the club voted unanimously in favour of making necessary changes to the course in order to play host to the tournament, one of the four golf majors on the calendar, which paved the way for it to be chosen to stage The Open in 2019.

It has also been confirmed that the competition will be held from July 18 to 21.

The 2019 Open is set to be the biggest sporting event to ever take place in Northern Ireland and will be the second time the tournament has been held outside of England and Scotland following Royal Portrush staging the event in 1951, which was won by Max Faulkner of England.

“Most of the independent financial surveys that are completed on the Open Championship would suggest that it brings something between £55 million ($85 million/€75 million) to £70 million ($108 million/€95 million) in the year of the Open to the wider community in the venue's area.

“We can now begin the countdown to what will be a wonderful festival of golf at one of the sport's truly outstanding venues.”

Royal Portrush broke attendance figures when it staged the 2012 Irish Open and several of Northern Ireland’s top golfers, including four-times major winner Rory McIlroy and Darren Clarke, who won The Open in 2011 and will captain Europe’s Ryder Cup team next year, have been campaigning on the club’s behalf to secure the hosting rights for the tournament.

“Royal Portrush is one of my favourite golf courses in the world,” McIlroy added.

“I think it will be a fantastic Open venue.

“They are going to add a couple of new holes to the golf course and I think that will be a great addition and will make the course even stronger.”

The course itself will undergo several changes before the 2019 event, where two new holes will be created to replace the current 17th and 18th.

This will allow space to be freed up for the spectators village and other infrastructure, with the alterations to the course due to be completed in time for the competition.

Due to the fact that hosting rights for The Open operate on a rota basis, Royal Portrush could also be selected as the home of future editions of the event.