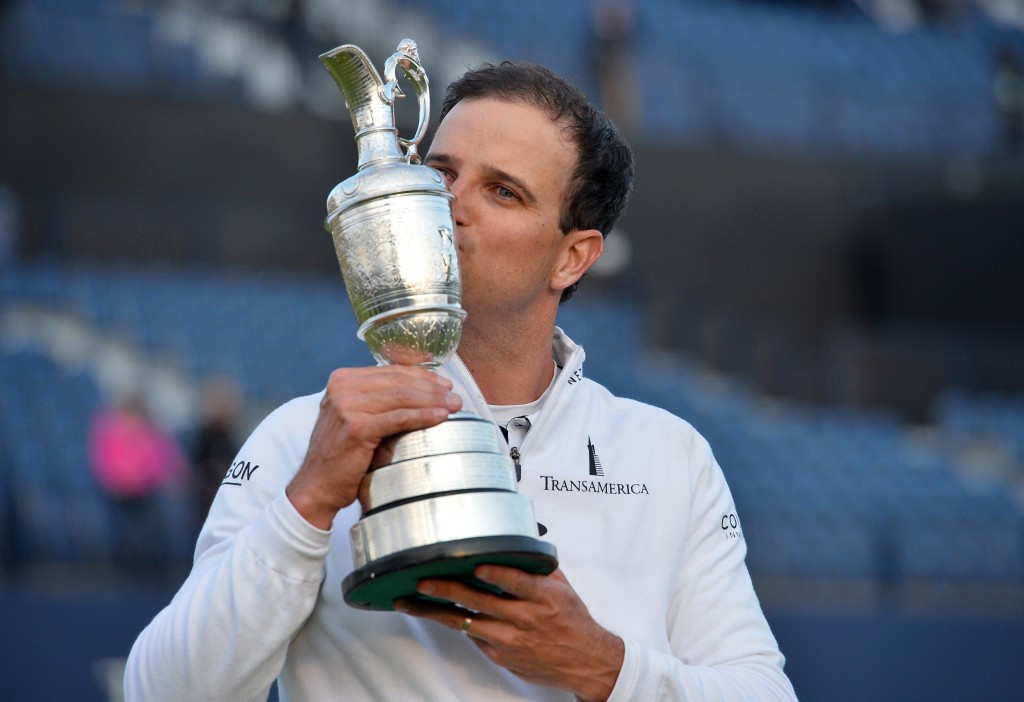 America's Zach Johnson claimed the second major of his career, winning a four-hole play-off to triumph in The Open at St Andrews.

Johnson finished joint leader at the end of 72 holes after shooting 66 in this final round which, for only the second occasion in The Open's 155-year history, took place on a Monday due to the weather disrupting the tournament.

The 39-year-old, winner of the US Masters in 2007, then beat South Africa's Louis Oosthuizen and Australia's Marc Leishman with consecutive birdies in the first two of the extra four holes.

Oosthuizen, winner of the Open when it was last played at St Andrews in 2010, was level par for the extra holes, while Leishman ended two over.

"I feel blessed to be the champion and honoured to be part of the history of this game," said Johnson.

"It has been a week of patience, courage and trust.

"I can't play any better than I did.

"I just stayed in it, waited for the opportunities and made a few putts."

“Dreams have been realised and goals accomplished,” said Johnson as he held the Claret Jug.

“It takes me back to when I turned professional.

"You could even go back further than that when I was playing as a youngster.

"These are the things you dream about.

"These are the things you’ve worked to get to.

“I’m humbled right now because of what’s in my lap and the names that are etched on this piece of metal.

"That is very special.

Jordan Spieth, the American many expected to come to the fore in this final round, narrowly failing to secure a place in the play-off by one shot after finishing with a three-under 69 for 274, 14 under.

It meant the 21-year-old missed the opportunity of becoming the first player since Ben Hogan in 1953 to win the first three consecutive majors of the year.

He blamed a mistake on the 17th hole.

"I made a mental mistake," said Spieth.

"If you make a double-bogey it's a very difficult climb back.

"I hit my first putt off the green and there's absolutely no reason to do that."

Irish amateur Paul Dunne had started the day as joint leader with Oosthuizen and Australia's Jason Day but there was to be no fairytale ending as he finished in 30th position, shooting a 78 final round to finish on 282.

Dunne did not even end the tournament as the leading amateur.

That honour went to America's Jordan Niebrugge, who ended joint sixth overall with Britain's Justin Rose and Danny Willett and Spain's Sergio Garcia following a final round of 70 to finish on a total of 277.