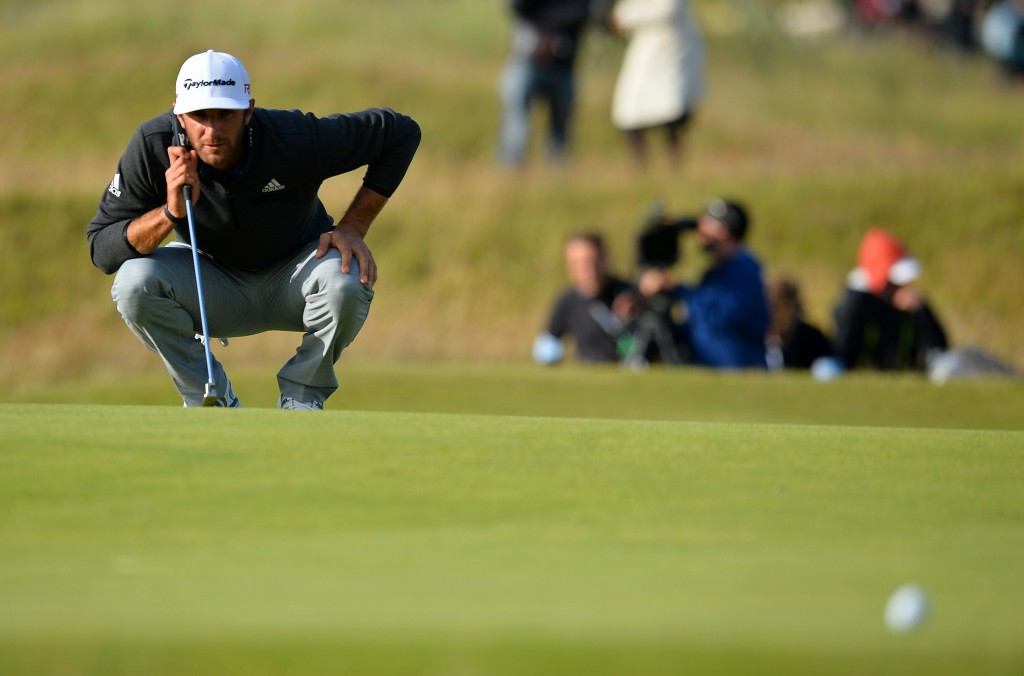 Johnson was one of more than 40 players unable to complete their second round yesterday following torrential downpours in the morning, and despite returning to the course at 7am, play was suspended just 32 minutes later with gusting winds moving balls on the greens.

When play resumed some 10-and-a-half hours later, Johnson recovered from a bogey at 14 before ending his round with pars at 15, 16 and 17 and a birdie at 18 to move him back to 10-under-par.

"This morning when we started it was almost impossible, but I managed to hang in there and then when we just went out and restarted it was very tough, but managed to make some good pars and then birdie the last hole," said Johnson.

"So it was a good way to finish the day."

One shot behind is England's Danny Willett, while Scotland's Paul Lawrie, the 1999 champion, is a further shot back.

Lawrie’s compatriot Marc Warren is one of six players on seven under along with the United States’ Zach Johnson and Robert Streb, Australia’s Adam Scott and Jason Day, and South Africa’s Louis Oosthuizen.

Grand Slam-chasing American Jordan Spieth, winner of this year’s Masters and US Open, carded a 72 and is five under.

The three-time winner Tiger Woods struggled to a 75 for seven over and missed the cut at The Open for only the second time in 19 appearances.

The former world number one returned to bogey his first three holes of the day at 13, 14 and 15, while a birdie at 16, only his third of the tournament, proved to be nothing more than a consolation as he missed consecutive cuts in Majors for the first time in his career.

The Royal & Ancient Golf Club of St Andrews has announced that the final round will have to be played on a Monday (July 20) for only the second time in the history of The Open.

The only other time that has happened in the tournament's 155-year history was in 1988, when Spain's Seve Ballesteros won at Royal Lytham & St Annes.