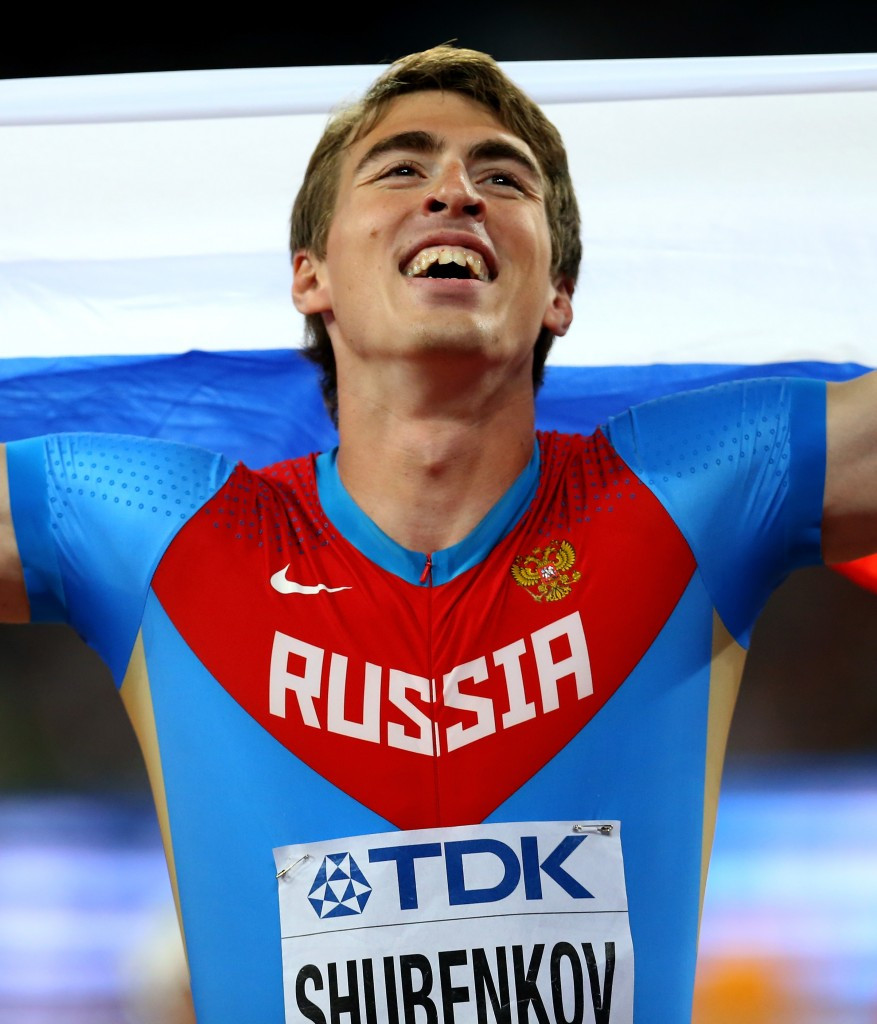 Shubenkov, who claimed the 110 metre gold medal at the International Association of Athletics Federations (IAAF) World Championships in Beijing in August, clocked a time of 13.43sec to finish ahead of Poland’s Artur Noga in second and Dominik Bochenek, also of Poland, in third.

Meanwhile, London 2012 Olympian Galitskaya registered a winning time of 13.06 across the 100m distance to fend off nearest challenger Katsiaryna Poplavskaya of Belarus, who crossed the line in 13.29.

There was further Russian success in the men’s triple jump as Dmitriy Sorokin posted a leap of 17.01 metres, beating second-placed compatriot Aleksey Fyodorov by a margin of 0.45m.

Russia had to settle for silver however in the women’s hammer throw as world silver medallist Zhang Wenxiu of China beat Anna Bulgakova to top spot, registering 74.87m.

Wenxiu’s fellow countrywoman Bin Feng triumphed in the discus throw, posting a personal best of 62.07m to condemn Brazil’s Andressa de Morais to the runners-up position, while world youth champion Salwa Eid Naser of Bahrain was a surprise winner of the women’s 400m.

Eid Naser clocked a world youth-leading and national junior record time of 51.39, eclipsing the 51.50 she set on her way to winning gold at the IAAF World Youth Championships in Cali, Colombia earlier this year.

Behind her were much more experienced runners with Romania’s Bianca Razor taking second in 51.81, and Ukraine’s Nataliya Pyhyda completing the podium in 51.99.