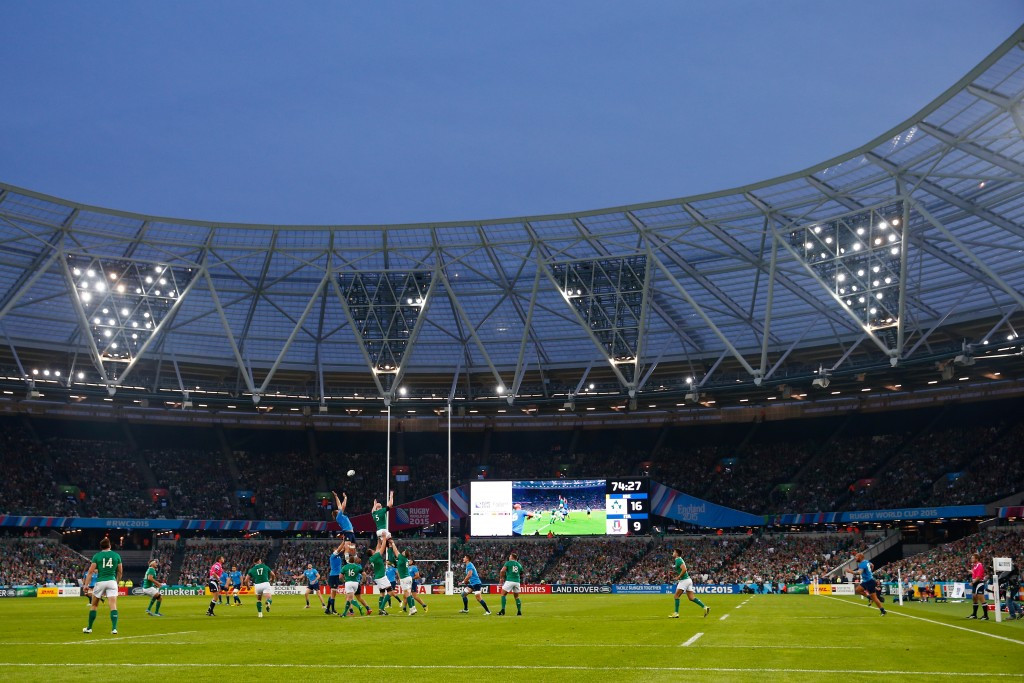 Construction company Gallowglass have vowed to sneak into the Olympic Stadium in London and remove key materials used for the retractable seats in order to disrupt Rugby World Cup matches after claiming they have not been paid for work they carried out on the venue.

The firm, run by former Scotland player Nick Grecian, have threatened to make the Stadium “unusable” in an attempt to force the London Legacy Development Corporation (LLDC) to pay them £712,000 (£$1.08 million/€960,000) they insist they are owed.

The Olympic Stadium is due to host South Africa’s match with the United States on Wednesday (October 7) as well as the third place play-off, scheduled for October 30.

“We could potentially do it before Wednesday and certainly before the third-place play-off match,” Grecian said.

“We’ve got a business that we’ve built up over the last 20 years, one of the most respected businesses in the events industry.

“We’ve developed loads for the Olympics, the Rugby World Cup, and suddenly we’re going to get shafted, and we’ll lose everything.”

The LLDC, who are the owners of the Stadium, dismissed Grecian’s plot as “highly unlikely”, claiming the venue “has got a very robust security regime”.

The row has surfaced after Alto Seating, a company employed by the LLDC to work on the retractable seating, went into voluntary liquidation last week.

Gallowglass, who also helped with work at the Olympics and Paralympics three years ago, were contracted the work by Alto, and Grecian also says that other firms could stand to lose out on significant amounts of money as a result.

“We’re between a rock and a hard place,” the Scot added.

“We’ve got to take action now ­because if we don’t deal with this straight away, we won’t survive.

“It’s outrageous if the LLDC think they can just wash their hands of it and walk away.”

The LLDC have continued to remain defiant on the issue, saying they can’t understand why Alto Seating went into voluntary liquidation as they had been “paid in full” and admitting they “recognise the appalling circumstances that these sub-contracting firms have been left in”.

“We’re somewhat mystified as to why Alto has gone into voluntary liquidation,” a spokesman said.

“We have paid them in full and on time for the work they have completed.

“We’re not an organisation that doesn’t pay its contractors.

“It’s a disgraceful position, quite frankly and I very much hope that, through working together, we can provide a satisfactory remedy for them.”