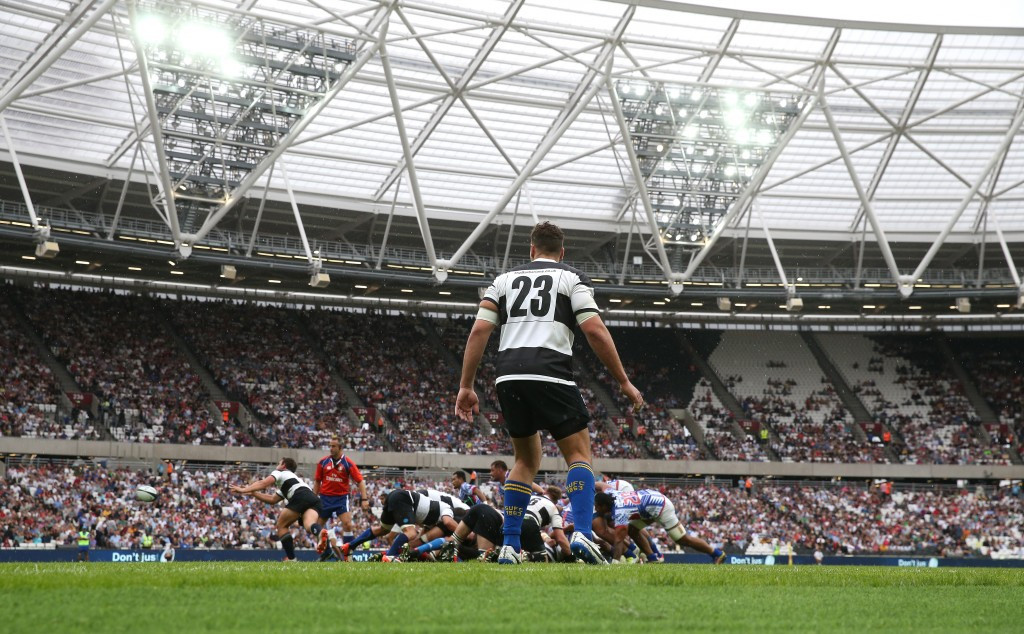 Rugby's debut at the Olympic Stadium on the Queen Elizabeth Olympic Park in London was disrupted today when water sprinklers spontaneously turned on during the match between the Barbarians and Samoa, giving the players a soaking midway through the first-half.

The Stadium is due to stage five games in the World Cup in September and October.

Samoa were playing the Barbarians, an invitational team based in Britain founded in 1890, in a World Cup warm-up match when the sprinklers came on unexpectedly in the first-half.

The game eventually finished in a 27-24 defeat for Samoa, who had lock Kane Thompson sent-off for punching.

A crowd of 41,039 attended the game with the Stadium, which will have a capacity of 54,000 during the World Cup, earning mixed reviews from spectators.

Several used Twitter to complain about the poor visibility from the seats, the poor wifi and the lack of food outlets.

Lance Bradley, the managing director of Mitsubishi Motors, was among the most critical on the microblogging site.

"Shambolic at the Olympic Stadium's 1st rugby match," he wrote.

Daniel Schofield, writing in The Daily Telegraph, summed up what many people were saying on social media.

"If August 4, 2012 will go down as Super Saturday, then this was its ugly sister – Shambolic Saturday," he wrote.

"Sometimes an air of ineptitude hangs over a venue.

"There were seemingly hundreds of white-shirted volunteers and stewards in place but any query for basic directions brought a Mexican wave of apologetic shrugs.

"Many took to Twitter to complain about the long queues for tickets.

"The lines for beer were apparently longer still as if organisers had not considered rugby supporters have a propensity to drink alcohol in slightly greater quantities than athletics supporters. Inside, it was no better with many parts of the stadium still resembling a building site."