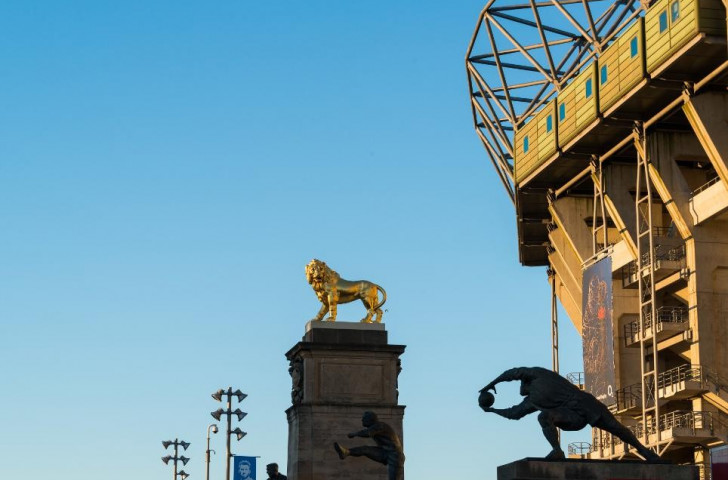 England 2015 have begun conducting tests in transport, accreditation and spectator experience during eight matches ahead of the Rugby World Cup, due to open on September 18, as preparations for the tournament enter their final stages.

They begun yesterday at the Millennium Stadium in Cardiff, which is due to stage eight matches, including two quarter-finals, where Wales were beaten 35-21 in a warm-up match against Ireland.

The next test will come when England host France at Twickenham Stadium on Saturday (August 15).

The third test is scheduled for August 29 at the Olympic Stadium on the Queen Elizabeth Olympic Park in London during Barbarians’ clash with Samoa ahead of four taking place on September 5.

Wales face Italy, again at the Milennium Stadium, while England play Ireland at Twickenham and Georgia go up against Japan at Kingsholm Stadium, Gloucester.

English club side the Exeter Chiefs’ home friendly against Aviva Premiership rivals Gloucester on the same day also forms part of the preparations, as does their match with Bath a fortnight later at Sandy Park, one of the Rugby World Cup venues.

“We are now in our final stage of testing which is an important time for us as we prepare for tournament time,” England Rugby 2015 managing director Steve Brown said.

“Our enhanced transport and spectator experience is a result of over a year of detailed logistics planning, enabling us to create a robust system that will be tested during Rugby World Cup warm up matches in August and September then finessed for Rugby World Cup 2015.

“I would like to thank the venues for their support in enabling us to work with them on these matches.”

England Rugby have also announced that their Travel Demand Campaign, which allows fans to prepare their journeys to matches on a dedicated website is now underway.

The news follows successful tests held during England’s match with Samoa at Twickenham in November last year and the Under-20s Six Nations Championship clash between the hosts and France at the American Express Community Stadium in Brighton in March.

The British Universities & Colleges Sport (BUCS) Championship final at Twickenham and the Northampton Saints against Saracens in the Aviva Premiership in April at Stadium:MK in Milton Keynes were also used by England 2015 to assess venues and preparations.

The Rugby World Cup itself features 20 of the world’s top teams, including holders New Zealand, and the tournament is due to finish on October 31 with the final at Twickenham.

Tickets for the event are still available by clicking here.