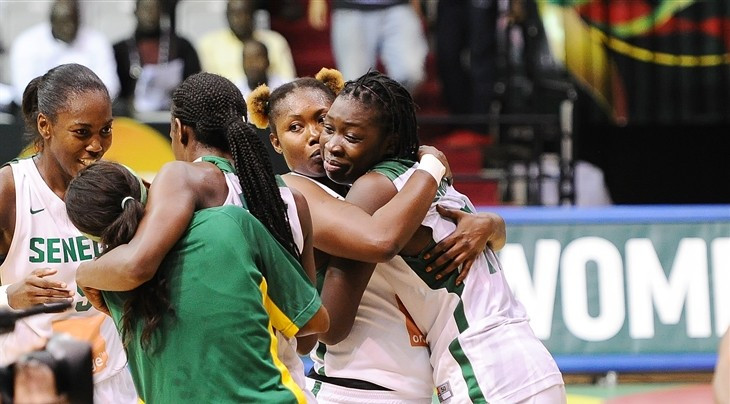 10-times champions Senegal reached their 13th consecutive Women’s AfroBasket semi-final as they cruised to a 57-38 victory over Mali in a low-scoring quarter-final contest in Yaounde, Cameroon.

The Senegalese side, who last lifted the title in 2009, started the match slowly but eventually took control as they established a 28-26 lead at half-time.

A disastrous third period from Mali, who had been tipped as one of the potential winners of the tournament, where they failed to score a single point, allowed Senegal to seize the initiative and take the game away from their opponents.

Aya Traore topped the scoring charts for the Senegalese with a total of 20 points as her side were able to see out a comfortable victory.

They will now go on to face defending champions Angola in the last four in a repeat of the 2011 final.

The Angolan team reached their fifth straight semi-final by making light work of Gabon, dominating proceedings from the off before claiming a convincing 57-44 success.

Though they weren’t quite firing on all cylinders, Angola still had far too much quality for Gabon, who had managed to emerge from a tight first quarter 15-12 in front.

But Angola recovered from their tricky start and at one stage led by 20 points as they surged to a commanding win, which keeps their hopes of retaining their crown alive.

Elsewhere, Cameroon maintained their superb performances at the event so far, keeping hold of their unbeaten record by outplaying Egypt on their way to a 76-54 triumph.

Ramses Lonlack was again the star performer for the Cameroonians, who are bidding to claim their maiden Women’s AfroBasket gold, as she led the way with 20 points.

Cameroon began the encounter at a ferocious pace and were 27 points to the good at the break, which proved an insurmountable deficit for Egypt as the hosts booked their place in the semi-final to the delight of the home crowd inside the venue.

Nigeria await for Cameroon in the last four after they beat Mozambique 71-66 in a closely-fought contest.

The topsy-turvy nature of the match continued throughout until Adaora Elonu’s lay-up with just under six minutes to go edged the Nigerians 60-58 in front.

From that point on, they never relinquished their grip on proceedings, surviving a late rally to secure their semi-final berth.

The winner of the event in Yaounde will qualify for next year's Olympic Games in Rio, while the second and third placed teams will earn a spot at the International Basketball Federation Women's Olympic Qualifying Tournament.