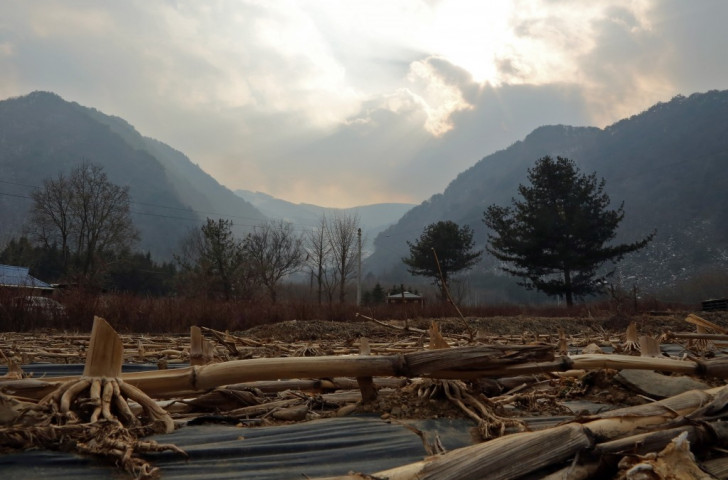 Environmental campaign group Green Korea United have launched a scathing attack on Pyeongchang 2018 for destroying “sacred” trees in order to build a ski run for the Winter Olympic and Paralympic Games.

Reports surfaced recently that thousands of trees had been removed from the slopes of Mount Gariwang, which will play host to alpine skiing events during the Games, prompting fierce protests from the group, who have dismissed claims from Pyeongchang 2018 that some of them could be replanted following the completion of the Games.

The Organising Committee insist the area, which is considered sacred due to a connection with the Chosun Dynasty, where civilians were prohibited from entering the forest to preserve the wild ginseng offered to the king, can be returned to its original state after the Winter Olympics conclude and have vowed to plant 1,000 replacement trees.

However, forestry experts in the country have rubbished those suggestions as “impossible”, with Green Korea United, the largest group of its kind in South Korea, branding Pyeongchang 2018’s attitude as “patronising”.

The development prompted an online petition to be created, which now has nearly 1,2 million signatures, and follows Pyeongchang 2018 publishing a sustainability report which claimed they would protect the “stewardship of nature” by minimising damage to local ecosystems.

“We have a choice to make: preserve a 500-year-old ancient forest, home to four threatened species, or clear-cut the ancient forest for an Olympic ski competition,” the petition, hosted on Avaaz.org, reads.

But Pyeongchang 2018, who will become only the third Asian host of the Winter Olympics and Paralympics, have refuted the claims, insisting the reports have been “blown out of proportion”, according to a spokesperson.

In a statement sent to insidethegames, the Organising Committee suggest the situation has been exaggerated, insisting only 1.03 per cent of the Mount Gariwang forest, located in the Jeongseon region, has been affected.

“Mount Gariwang is not considered sacred by the general Korean public,” the statement added.

“Protected tree species and preservable trees have been 100 per cent transplanted and are being taken care of.

“Working with the FIS and relevant NGOs to minimise the environmental impact of the Games, Pyeongchang 2018 has made significant adjustments to the planned race course.

“A 'habitat restoration group' composed of relevant authorities, experts, activist groups and community representatives is already in place and will continue to monitor and advise the activities until the end of the Games.”

The Mount Gariwang region was selected due to the fact that it was the only one of 10 proposed candidates which fulfilled the International Ski Federation’s (FIS) requirement for an alpine skiing venue.