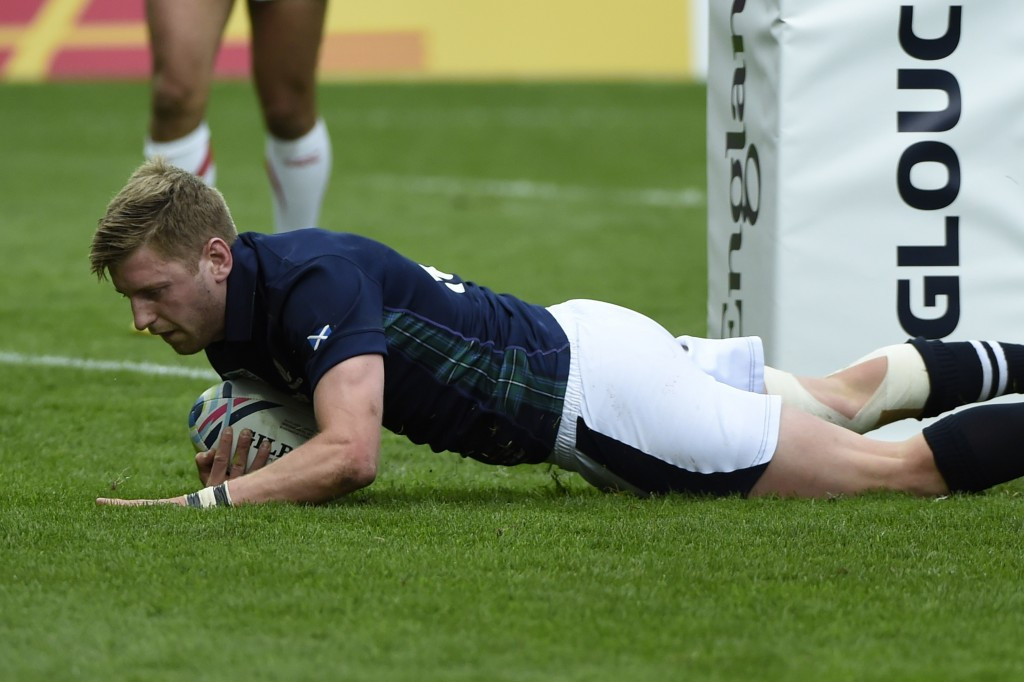 Giant-killing heroes Japan could not back-up their remarkable victory over South Africa as they were well-beaten by Scotland at the Rugby World Cup today.

The Cherry Blossoms sent shock-waves through the sport when they toppled the Springboks 34-32 on Saturday but the Scots, who were fresher as this was their first game at England 2015, proved too strong with a 45-10 victory.

In truth, defeating the Six Nations outfit would have represented another major upset for the Japanese but they started well at Gloucester's Kingsholm ground, with Amanaki Mafi touching down the game's first try after the pack was steamrolled over the line.

After a successful conversion from Ayumu Goromaru Japan led 7-6 after Greig Laidlaw's two penalties had put the Scots into an early 6-0 lead.

Two more Laidlaw penalties extended Scotland's lead to 12-7 which, after a yellow card to Japan's Kotaro Matsushima, was how it remained at half-time.

A Goromaru penalty brought Japan within two points after the break but that was as good as it got for them as John Hardie went over for the Scots' first try.

The conversion was missed but Mark Bennett crossed the whitewash under the posts before Tommy Seymour bagged an interception try, both converted by Laidlaw, to give the Scots breathing room at 31-10.

Bennett dotted down his second try for the four try bonus point before Finn Russell added another score for some extra gloss, with Laidlaw again kicking the two conversions.

Elsewhere, Australia beat Fiji in their Group A opener but didn't collect a bonus point for four tries in their 28-13 success.

David Pocock claimed a pair of tries and Sekope Kepu also crossed but they remain behind Wales and England in the so-called Group of Death.

France beat Romania 38-11 in the late game in Group D, at the Olympic Stadium in London.