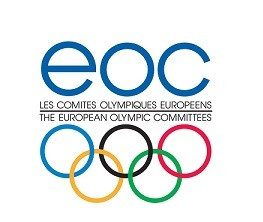 The 2019 European Games will take place in the final two weeks of June, the European Olympic Committees (EOC) has announced, with five to six sports set to form a core part of the programme for future editions of the event.

The dates were confirmed at an EOC Executive Committee meeting in Tirana, Albania, which came after the organisation held a debrief on Baku 2015 in the Italian capital Rome last week.

It has been claimed that staging the 2019 Games, which were originally awarded to The Netherlands before the country pulled out due to a lack of support from various sectors of the nation, in the last two weeks in June will “allow European Federations and Europe’s National Olympic Committees more time to align their calendars with the European Games than was possible for the inaugural edition in Baku, Azerbaijan, this summer”.

EOC President Patrick Hickey, the brainchild behind the European Games concept, says the announcement will now allow them to finalise discussions with those cities interested in staging the 2019 Games.

A number of nations have been mooted as potential hosts for the 2019 event including Turkey, Belarus and Russia with a decision expected to be made in October before being rubber-stamped at the EOC General Assembly in Prague the following month.

“Selecting the window for 2019 is a small but symbolic decision,” Hickey said.

“After the incredible success of the first edition of the Games, it’s important we give all stakeholders the opportunity to build their calendars for 2019 with the Games in mind, rather than fitting the Games into their existing calendars, as they did for Baku 2015.

“Today’s decision also allows us to finalise our discussions with the interested cities for hosting the 2019 Games with concrete dates in mind.

“Whilst we are close to concluding our discussions with the potential hosts for 2019 we are also holding conversations with cities about the third edition of the Games in 2023.

insidethegames has been told that athletics is expected to be included as one of the five to six core sports proposed for future Games by the EOC and it is hoped that these will form the main part of the programme, with additional sports chosen at the discretion of the host city.

The EOC have also forecasted an average operational budget of $500m (£320m/437m) for each edition of the event going forward, which Hickey says he feels is a “sustainable pricetag” compared with the Olympic Games.

“Establishing a core number of sports for the European Games is part of the EOC’s long-term vision but we are well ahead of schedule in holding these high-level discussions,” the Irishman added.

“Equally, establishing an approximate operating budget after only one edition is a confident step forward and we believe $500 million is a realistic figure.

“When compared with an Olympic Games, $500 million represents a reasonable and sustainable pricetag for a pan-continental sporting mega event featuring 50 nations.”

Related stories
September 2015: Exclusive: Enthusiasm for Winter European Games following Baku 2015 success, claims Hickey
July 2015: Hickey claims "hypocritical" politicians trying to use sport to "play their game" and he is fed-up with it
June 2015: Success of Baku 2015 not overshadowed by international criticism, claims Azerbaijan Minister for Youth and Sport
June 2015: Nick Butler: Baku 2015 has set a high standard for the next European Games - wherever they are held
June 2015: Search on for new 2019 European Games host after The Netherlands withdraw