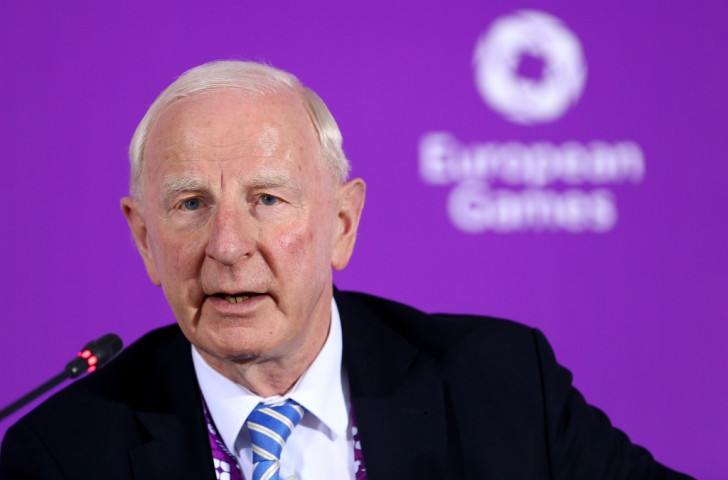 The Irishman, who also claimed three cities are being considered to host the second European Games in 2019, insisted how countries "cannot have it both ways" and if they are not bidding and not hosting major events then they are in no position to criticise.

"We are sick to death of being lectured by the countries of Western Europe on the values of Olympism and what to do," he said here on the eve of the 128th International Olympic Committee (IOC) Session.

"Western Europe think that it’s the European Union of 28 countries.

"I'm President of 50 countries of Europe.

"Any one of those 50 countries has the right to host a Games without having to answer questions to the rest of Europe.

“Western Europe doesn’t stand up to the plate.

“They don’t have any Games.

“They don’t bid for anything."

Hickey, also President of the Olympic Council of Ireland and a member of the IOC's ruling Executive Board, clarified that serious human rights allegations do deserve criticism.

He also expressed his delight that at least four European cities are planning to bid for the 2024 Summer Olympics and Paralympics, emphasising that his concerns lie with continental events.

Hickey bemoaned the fact that, with the exception of IOC members Prince Albert of Monaco and Grand Duke Henri of Luxembourg, no Western European leaders attended the Opening Ceremony in Baku despite visiting the country on other occasion when there were political or commercial reasons for doing so.

"We are being used by the politicians to play their game," he added.

"They want us to do the dirty politics but that is not our job.

"We want to focus on sport."

Hickey, like other stakeholders, was forced to deal with much criticism from human rights groups and other organisations in the build-up to the Games, particularly after a journalist from a British newspaper was denied accreditation in the country after having written critical articles on a past visit.

The withdrawal of The Netherlands on the eve of Baku 2015 has left the EOC searching for a host for the 2019 European Games.

Hickey, though, is confident they will be able to announce one soon.

“We’re on target and contrary to what everyone thinks that there might never be a second edition of the European Games, let me tell you very clearly that there will be," he said.

"We’ll make the announcement of the city towards the end of the year.

"We are negotiating at the moment for three key cities.

"It was six but we’ve already whittled it down to three."

He did not confirm that his criticism of Western Europe means no cities from that region was among the three, answering only that "the three bidders are all from Europe".

A debrief meeting in Rome from September 9 to 11 is due to be the next key staging post before a report is given at the EOC Executive Committee meeting in Albanian capital Tirana on September 17, he revealed.

They hope to then make a final decision at the General Assembly in Prague on November 20 and 21.

Related stories
June 2015: Success of Baku 2015 not overshadowed by international criticism, claims Azerbaijan Minister for Youth and Sport
June 2015: Nick Butler: Baku 2015 has set a high standard for the next European Games - wherever they are held
June 2015: Search on for new 2019 European Games host after The Netherlands withdraw
June 2015: Amnesty International hit back at Azerbaijani Government after forced to cancel press conference on eve of Baku 2015
November 2015: Exclusive: Working Group set up to analyse European reluctance to bid for Olympics