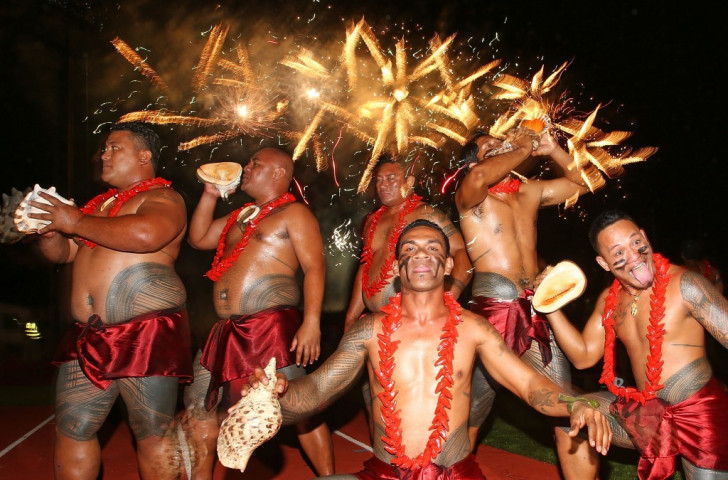 The 2015 Commonwealth Youth Games officially came to an end here this evening with a short festival-style Closing Ceremony which blended Samoan culture with a party atmosphere.

The Ceremony, held at one of the main venues for the Games, started with the parade of athletes around the track, with all 900 competitors coming out as one rather than in their separate teams.

Nations interspersed to create a vibrant beginning to the spectacle, and while the parade was going on in the background, a group of performers displayed a traditional Samoan dance, prompting large cheers from the crowd before the entertainment programme for the evening began.

Around 2,000 volunteers were involved in the Ceremony and they exhibited classic dance sasa, a seated dance where all participants clap in unison, which brought rousing applause from the spectators inside the packed-out venue.

The traditional Samoan mauluulu followed, and the performers then displayed a dance which fused elements from different Pacific cultures together.

Following the end of the entertainment, the formal procedure took to the fore and the Commonwealth Games Federation (CGF) flag was lowered, folded and presented to the youngest athlete, 12-year-old weightlifter Maximina Uepa of Nauru, who in turn gave it to CGF President Louise Martin.

The Samoan flag, meanwhile, was carried by home weightlifter Jack Opeloge, who handed it over to Magele Mauiliu Magele, vice-chairman of the Organising Committee and Minister of Education, Sports and Culture in Samoa.

A special film created for the Closing Ceremony, entitled “Thank You Samoa”, was then shown, depicting various elements of the culture of the small Pacific nation as well as sporting highlights and moments from the Games.

“It is with mixed emotions that we contemplate the closing of the fifth Commonwealth Youth Games,” Martin said.

“Samoa, you truly have delivered, in every sense, the warmest Youth Games ever.

“It is the sincere spirit of your people and your Games that will live long in our memories.

“We are sad to leave, but happy and proud to have been a part of your sporting history, and to have worked in partnership to realise your ambitions on the world stage.”

Martin then invited the young Samoan athlete to join her in counting down to a superb firework display, which rounded the event off in spectacular fashion.