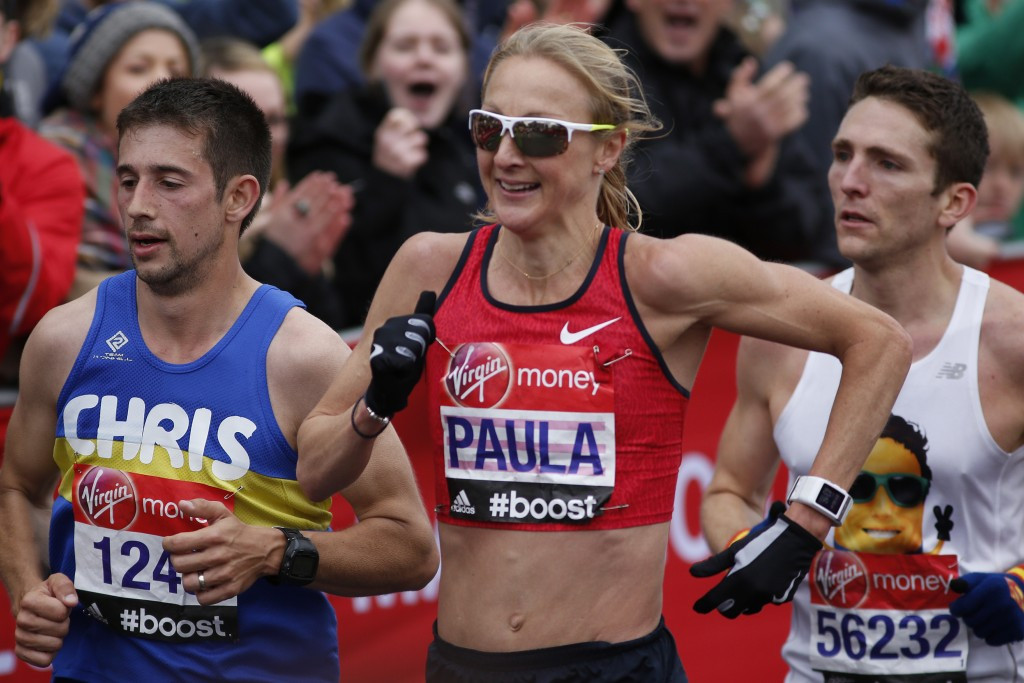 Marathon world record holder Paula Radcliffe has issued a lengthy statement "categorically denying" that she has resorted to cheating "in any form whatsoever" at any time during her career following a Parliamentary Committee meeting here today.

In her statement, the Briton effectively admits to being the "unnamed British athlete" on a database of names leaked to German television station ARD and the Sunday Times who reportedly produced blood values highly indicative of blood doping.

"On all of these three cases referred to by the Sunday Times (as well as on many more occasions) I was EPO urine tested at the time, and also in follow up," said the 2005 world champion, who ran a record time of 2 hours 15min 25sec to win the London Marathon in 2003, more than three minutes faster than any other woman has managed.

"All of these three cases followed periods of altitude training.

"Only one of my blood test scores is marginally above the one in 100 accepted threshold, and this is invalid given that it was collected immediately following a half-marathon race run around midday in temperatures of approximately 30C.

"None of my blood test scores are anywhere near the one in 1000 threshold as was claimed by the Sunday Times and that which is seen as suspicion of doping.

"No abnormalities were ultimately found and any allegation that the IAAF did not follow up on blood data results in my case is false.

"Further, not one of the values questioned by the Sunday Times occurred around any of my best performances or races, including all my appearances at the London Marathon."

Radcliffe claimed to be "100 per cent confident" that the full explanations and circumstances around any fluctuations in her personal data on a "very small number of occasions" will stand up to any "proper scrutiny and investigation", adding: "Indeed they have already done so."

The 41-year-old was not directly linked to doping at today's meeting of the Culture, Media and Sports Committee of the British Parliament, although the involvement of British athletes, including those who ran the London Marathon, was raised.

"I am devastated that my name has even been linked to these wide-ranging accusations," said Radcliffe.

"I have campaigned long and hard throughout my career for a clean sport.

"I have publicly condemned cheats and those who aid them.

"These accusations threaten to undermine all I have stood and competed for, as well as my hard earned reputation.

"By linking me to allegations of cheating, damage done to my name and reputation can never be fully repaired, no matter how untrue I know them to be.

"Whilst I have the greatest of respect for anyone responsibly trying to uncover cheating in sport, and of course for Parliament itself, it is profoundly disappointing that the cloak of Parliamentary privilege has been used to effectively implicate me, tarnishing my reputation, with full knowledge that I have no recourse against anyone for repeating what has been said at the Committee Hearing."

Radcliffe, who holds the four of the six fastest marathon times in history, including the three quickest ever also accused the Sunday Times of "plainly unacceptable" behaviour "effectively tantamount to blackmail".
This was because they supposedly urged athletes to publish their stolen medical data, reportedly "asserting behind the scenes to the effect that if consent isn’t given it will look like an athlete has something to hide and may therefore be guilty of doping".

A number of athletes, including Britain's five-time world champion distance runner Mo Farah, released their data last month, although Radcliffe did not, citing today the need "for qualified interpretation with all relevant context" as well as a desire to avoid releasing information which may help others cheat as her reasoning.

Following the initial reports last month, Radcliffe claims to have "wrestled long and hard" with a desire to speak out then but was aware that by ‘"coming out" in that fashion she would be facilitating mass coverage of her name in connection with false allegations of possible doping.

As a result of today’s Parliamentary Hearing, however, where she believes her identity was "effectively leaked" under the guise of there being a British athlete and London Marathon winner who is erroneously under suspicion, she says she can "no longer maintain" her silence.

Speaking at the hearing before Radcliffe's denial today, Australian anti-doping expert Michael Ashenden, one of the experts who assisted the Sunday Times, insisted once again - on a general level rather than of any case in particular - that the timing and nature of the scores on the leaked data were to such an extent that the "likelihood that they were caused by anything other [than blood doping] can be safely dismissed".

"Ms Radcliffe's comments appear to focus far more on the Sunday Times's reports than on today's hearing," he said.

"But for the avoidance of doubt the witnesses in evidence and the Committee itself at the hearing were all careful not to identify any individual athletes, and did not discuss specific allegations or test results.

"The Sunday Times database has not been passed to the Committee, and Committee members have not had the ability to consult it.

"No names of any athletes were mentioned in the hearing except those already in the public domain.

"It is untrue to suggest that 'the cloak of Parliamentary privilege' has been used to implicate any specific individual in any form of doping."

Radcliffe's full statement can be read here, while Norman's can be accessed here.