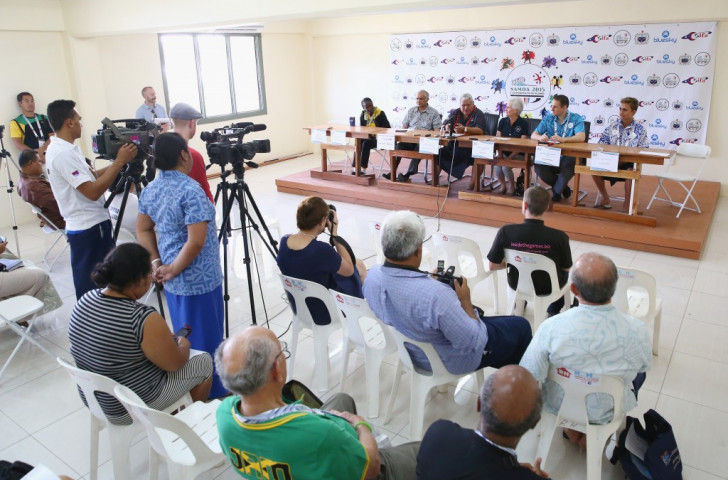 Speaking ahead of the Opening Ceremony of the 2015 Games, which takes place later today, Martin, who was chosen as the new CGF President at the organisation’s General Assembly in Auckland, hopes the spectacle put on by Samoa over the next seven days will prompt further interest in future editions of the event.

The Caribbean island had been awarded the 2017 Games in November 2011 but its preparations were hit by doubts over venues and financial concerns, particularly over the lack of a stadium to host athletics.

Their decision to pull out was made during the CGF General Assembly in a video message from St Lucia's Prime Minister Kenny Anthony.

Canada and Scotland are said to have expressed an interest in hosting the 2017 Games, with Martin saying there are a further two who have been in contact.

“It was a big disappointment not just for us as a Federation but also the St Lucian people,” Martin told insidethegames.

“They tried very hard to get it sorted but they have given us enough time to find someone else to host it and I’m convinced we’ll have a great host in 2017.

“This event has so much potential and I know there are countries who will be inspired by what they see here in Samoa and will want to take the Commonwealth Youth Games on in future.”

Despite hosting the Pacific Games on two occasions - in 1983 and 2007 - Samoan President Tuilaepa Aiono Sailele Malielegaoi, who is also chair of the Organising Committee, believes the 2015 Commonwealth Youth Games will be the biggest sporting event ever to be held on the island.

Around 1000 athletes, aged between 14 and 18, from 66 Commonwealth nations will compete for 107 gold medals during the competition, with Samoa’s contingent of 117 set to be the largest to participate.

“This is the biggest sporting event that we have ever hosted,” he said.

“Samoa is proud to once again lead the Pacific in a regional first as we host the Commonwealth Youth Games and welcome more than 1,000 athletes and officials from across the globe.

“After the successful United Nations Small Island Developing States Conference last year, we are confident that all athletes, officials and new visitors to our country will take away fond memories, new friendships and great experiences of their time in Samoa.

“Hosting the Games is a big task but we joyfully take responsibility for it.”

The Opening Ceremony takes place at the Apia Sports Complex tonight and will be streamed live by local broadcaster TV 1 Samoa.