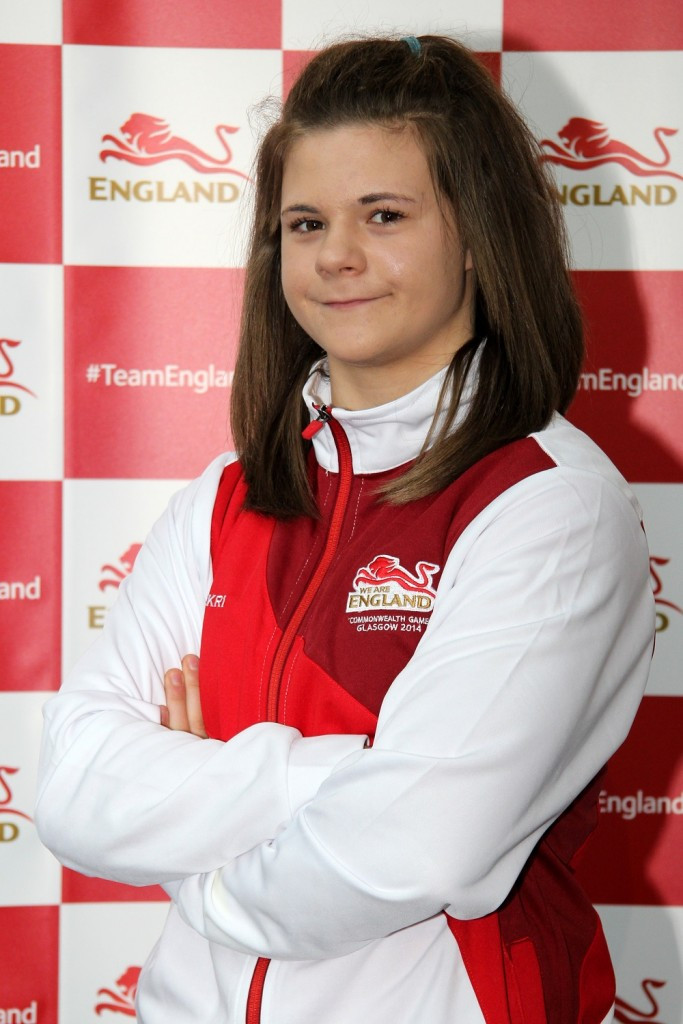 Women’s British weightlifting clean and jerk record holder Rebekah Tiler will be England’s flagbearer for the upcoming Commonwealth Youth Games in Apia, Samoa, it has been announced.

The 16-year-old, who narrowly missed out on a medal by finishing fourth at the 2014 Commonwealth Games in Glasgow, was chosen by Team England’s designated sport team leaders to carry the flag into the Opening Ceremony on September 5.

“I’m so excited to have been chosen as Team England’s flag bearer; I was up against some great athletes so to get the news was a big surprise - I am really looking forward to the experience,” the current European Youth Champion said.

“Next month’s competition will be tough but my preparation has been going well and I’m happy with how I’ve been lifting in training and competition.

“Now I can’t wait to get out there and lead Team England out for the Opening Ceremony.”

The announcement comes after Commonwealth Games England named their 60-strong squad for the event in Samoa, which is due to last until September 11.

Their athletes will compete in archery, athletics, boxing, lawn bowls, rugby sevens, squash, swimming and weightlifting, and England’s Chef de Mission Louise Bell claimed the competition will give their youngsters the perfect exposure ahead of them participating in future multi-sport events.

“We aim to give our young athletes the best chance of performing at their highest level,” she said.

“This may be their first opportunity to represent England and we are ready to support them and help them make the most of the experience.

“Competing in Samoa will help them understand the unique nature of a multi-sport environment and assist them to grow and develop as athletes.

“Excitement is building amongst the selected team, a number of the athletes have been successful in recent competitions and we are confident we have a strong team representing Team England in Samoa."

England’s swimmers have recently received their brand-new kit for the event, made by international sportswear manufacturer Kukri, as preparations for the Commonwealth Youth Games continue.

They were also given kit bags, including team and leisurewear as well as general information about the Pacific islands and gifts from England fans.

The event in Samoa will feature 1,000 young athletes aged 14 to 18, who will compete for 107 medals in nine sports across five days of competition.