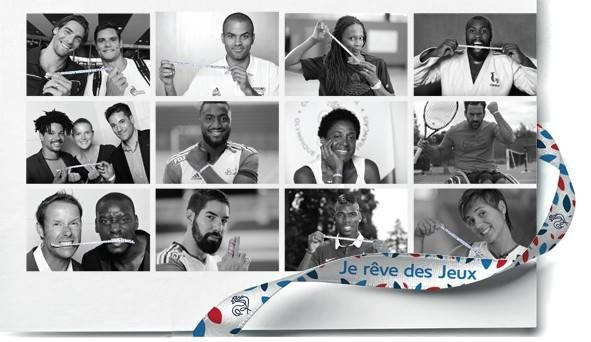 The French National Olympic and Sports Committee (CNOSF) are inviting the public to show their support for Paris' 2024 Summer Olympics and Paralympic Games bid by taking part in a crowdfunding campaign titled “Je rêve des Jeux”.

Translated as “I dream of the Games” the promotional campaign invites the country’s sporting movement as well as the public to contribute towards the funding of the bid, through a variety of different means including the sale of wristbands.

The wristbands will bear the slogan of the campaign and will cost members of the public €2 (£1.50/$2.25), which will help to raise funds for the bid as well as show support nationwide for hosting the Games.

The campaign was unveiled by the CNOSF President Denis Masseglia and has received the support of high profile ambassadors, including eight-time judo world champion Teddy Riner and footballer Paul Pogba, who will continue to have a strong involvement during the campaign’s progression.

"We have a duty to propose a device available to all, to all those who want to engage in one way or another,” Masseglia said at the launch.

“We need all those who wish to participate.

“French athletes are the finest ambassadors.

“It is they who are dreaming for the nation and we know that it is important that we feel the momentum of a nation.”

In addition to the public, sponsors are also encouraged to show their support for the bid, which aims to bring the Summer Olympics back to France’s capital city on the centenary of last hosting the Games in 1924.

The sponsors will be able to help fund the bid through a series of sporting memorabilia auctions, as well as having the opportunity to attend a gala dinner featuring several of the country’s sporting stars on December 8.

Paris officially entered the race for the Games in June and faces the challenge of Budapest, Hamburg, Los Angeles and Rome, while Toronto and Baku are still considering whether to enter the race.

The International Olympic Committee are due to choose a host city at its Session in Lima on 2017.