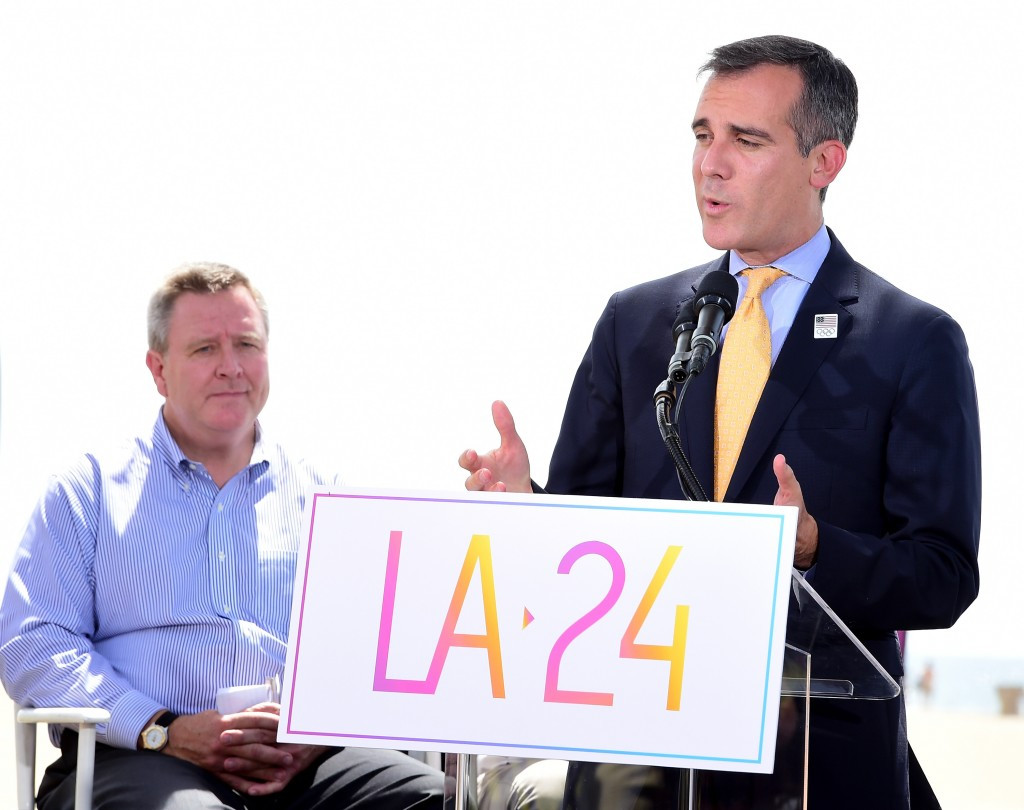 Los Angeles has officially launched its bid to host the 2024 Olympic and Paralympic Games today following a unanimous vote by the City Council in support of the city’s attempt to bring the Summer Games back to the United States for the first time in 28 years.

The city’s Olympic bid was endorsed by the United States Olympic Committee (USOC) Board of Directors and Los Angeles Mayor Eric Garcetti.

If Los Angeles is successful it would become only the second city, after London, to host the Olympics three times having staged it in 1932 and 1984.

"We are thrilled to be partnering with Los Angeles as our US bid city for the 2024 Olympic and Paralympic Games," said Blackmun.

"LA has proven experience in hosting the Games, and knows how to deliver world-class events for athletes and an extraordinary experience for fans.

"Coupled with the city’s culture of creativity and innovation, we are confident LA can deliver an outstanding Olympic and Paralympic Games in 2024."

Los Angeles 2024’s plan claims to be based on the core principles of the International Olympic Committee’s (IOC) Olympic Agenda 2020, the strategic roadmap for the future of the Olympic Movement, with 85 per cent of proposed venues in place or planned and five primary venue clusters all within 30 minutes of the proposed Athletes’ Village.

"Today, I am proud to officially launch our bid in partnership with the USOC as we aim to bring the Olympic and Paralympic Games back to the US for the first time in 28 years," said Garcetti.

"It is an honor for any city to host the Olympic Games, and Los Angeles is uniquely prepared for this task.

"With the unanimous support of our City Council, we are ready to serve and strengthen the Olympic Movement and build a new Olympic legacy."

Today's launch comes two weeks ahead of the September 15 deadline for cities to be officially submitted to the IOC.

The IOC will issue new guidelines to bid cities ahead of the deadline, which are expected to bring the bidding process in line with Olympic Agenda 2020.

"LA is a truly Olympic city," said Wasserman, who is due to be in the Olympic capital Lausanne along with Garcetti, Probst and Blackmun on Thursday (September 3).

"Olympism is deeply rooted in the culture here and it is part of our DNA.

"We live and breathe sport and this is reflected in the vast amount of sports infrastructure we already have.

"We are very fortunate to be in the position to have so many world-class venues available to us as it has allowed us to develop a sustainable plan that aligns with the city’s long term vision and the IOC’s Olympic Agenda 2020."

Los Angeles was confirmed as the US's bid city last month, replacing Boston whose bid collapsed in July when the city's Mayor Marty Walsh said he would refuse to sign the host city contract amid poor public support in the city.

Blackmun claimed a poll carried out by the USOC in early August showed 81 per cent of local citizens in Los Angeles supported a bid, while 53 per cent of local people opposed to Boston's bid by the time it was dropped.

A final decision on which city will host the 2024 Olympic and Paralympic Games is due to be made at the IOC Session in Lima in 2017, with Budapest, Hamburg, Paris and Rome other confirmed bidders.

Baku and Toronto could also be contenders following their successful hosting of the European Games and Pan American Games respectively.