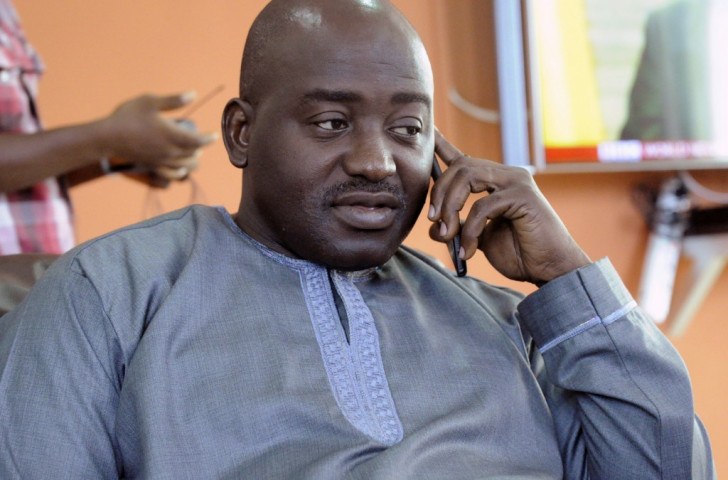 Liberian Football Association President Musa Bility has failed to obtain the backing of the Confederation of African Football (CAF) in his bid to replace Sepp Blatter as the head of football’s world governing body.

The 48-year-old, who declared his intention to run for the FIFA Presidency on June 18, presented his candidacy to CAF at a meeting of its Executive Board in the Egyptian capital Cairo, who “decided unanimously not to give Bility the support he requested”.

CAF did, however, “wish him luck in the continuation of his endeavour” following what they called a pitch which was “full of sincerity and cordiality”.

Bility joins the likes of UEFA President Michel Platini, former Brazilian international Zico and South Korean Chung Mong-joon on the list of candidates who are expected to stand to replace Blatter when FIFA holds its Extraordinary Elective Congress on February 26 next year.

The Swiss, the FIFA President since 1998, shocked the world when he announced he would stand down following criminal investigations into widespread corruption in the organisation in both Switzerland and the United States on June 2, just days after being re-elected to a fifth Presidential term.

The Elective Congress is expected to mark the end of the 78-year-olds turbulent tenure in charge of FIFA.

The news CAF have decided not to back the Liberian comes as no real surprise as Bility has endured a fractious relationship with African football’s governing body in recent times.

Four years ago, he openly stated he would oppose Blatter’s re-election, going against the vast majority of his African counterparts, and the following year he and the Liberian FA took a case which contested the way the CAF, led by Cameroonian Issa Hayatou, chooses its President to the Court of Arbitration for Sport.

Bility was then banned from all football activity in 2013 after CAF claimed he "had violated statutes relating to the use of confidential documents".

The Liberian had promised in June that he would bow out of the race if Hayatou decided to stand.

Bility, only the second African ever to run for the FIFA Presidency following Hayatou's failed attempt in 2002, told BBC Sport that the meeting itself was not about CAF giving him he endorsement he desired, adding he “did not go to get a unanimous vote”.

He said: “I was given an opportunity to explain and lay my platform.

“I'm privileged to have had the opportunity to talk to the entire CAF Executive Committee, to answer questions - concerns, admirations - all the issues that are wrong with football we discussed.”

The Liberian FA President needs five written nominations from Football Associations to be included in the ballot next February.

Also at the meeting in Cairo, CAF unanimously elected FIFA Executive Committee members Hani Abo Rida of Egypt and Congo’s Constant Omari as its two members of the 11-person Task Force, announced by Blatter in July, which will try to rebuild FIFA’s reputation through its reform process.

The CAF Executive Committee are due to next meet on October 27, the day after FIFA’s deadline for potential replacements for Blatter to declare their candidacies.