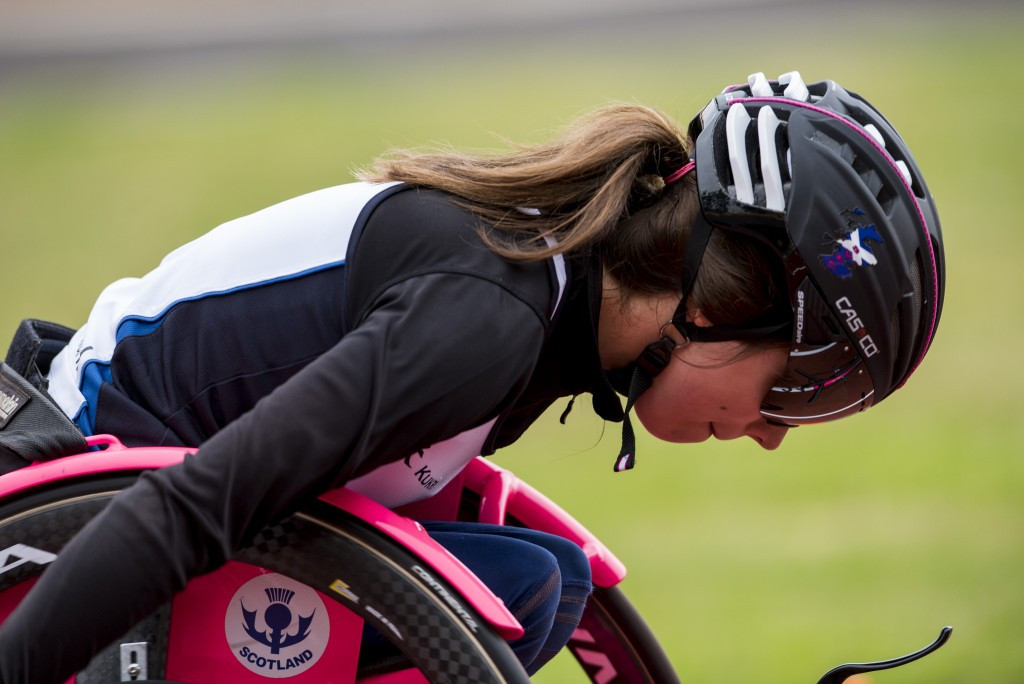 The 17-year-old clocked a time of 1min 14.46sec to secure victory at the Harvey Hadden Sports Complex before also going on to win top honours in the 100m.

"She trains six days a week, works really hard, and is now getting her rewards for all the effort she puts in," said Ian Mirfin, Scottish Athletics’ Paralympic lead.

"To be honest, she has recorded even better times than she did today at previous events, but she only received her official classification this week in advance of the Games.

"It was a terrific performance in not the best of weather conditions, and as she is competing in three more events, maybe she can also break new ground in one of those."

There was further success for Scotland as Gavin Drysdale, current record holder in all of the RR3 class RaceRunning distances, claimed gold in both the men's 400m and 800m.

The last two track events of the day went to Ireland’s Paul Keogan and Conor McLiveen, winners of the respective 400m T37 and T38 events.

In the field, England’s Samantha Gray came out on top in both the women’s F33 seated discus and seated javelin, while Irish pair Daniel Hanks and Sean Hughes repeated the feat in their respective men’s F33 and F34 classes.

Also at the double for Ireland was Rachel Power, who won gold in both the women’s F37 ambulant shot and javelin.

In the men’s ambulant discus, T36 gold went to England’s William Baxter with a winning throw of 31.72 metres.

England's track and field athletes emerged with the biggest haul of 30 medals from the 78 available on the day, followed by Ireland with 11 and Scotland with eight.

Elsewhere, a total of 14 gold medals were won by England in swimming, led by Will Holland-Leavens who came out victorious in the S6 100m backstroke, 200m individual medley and 50m freestyle at the Harvey Hadden pool.

Grace Harvey, 16, produced two outstanding performances in the SM7 individual medley, improving her own British record to 3:18.2 in the heats, and then lowering it again to 3:16.73 in the final.

Scotland’s Isaac Dunning was one of several swimmers to have managed a double gold medal haul, triumphing in the S9 100m backstroke and 50m freestyle.

Meanwhile in the football competition, the Under-19 Cerebral Palsy World Football Championships, being held alongside the CPISRA World Games, Russia and Brazil will contest the final after overcoming England and Scotland respectively in the semi-finals.

The medal matches are scheduled to take place at Highfields, the University of Nottingham’s sports facility, on Saturday (August 15), with England and Scotland set to battle for bronze.