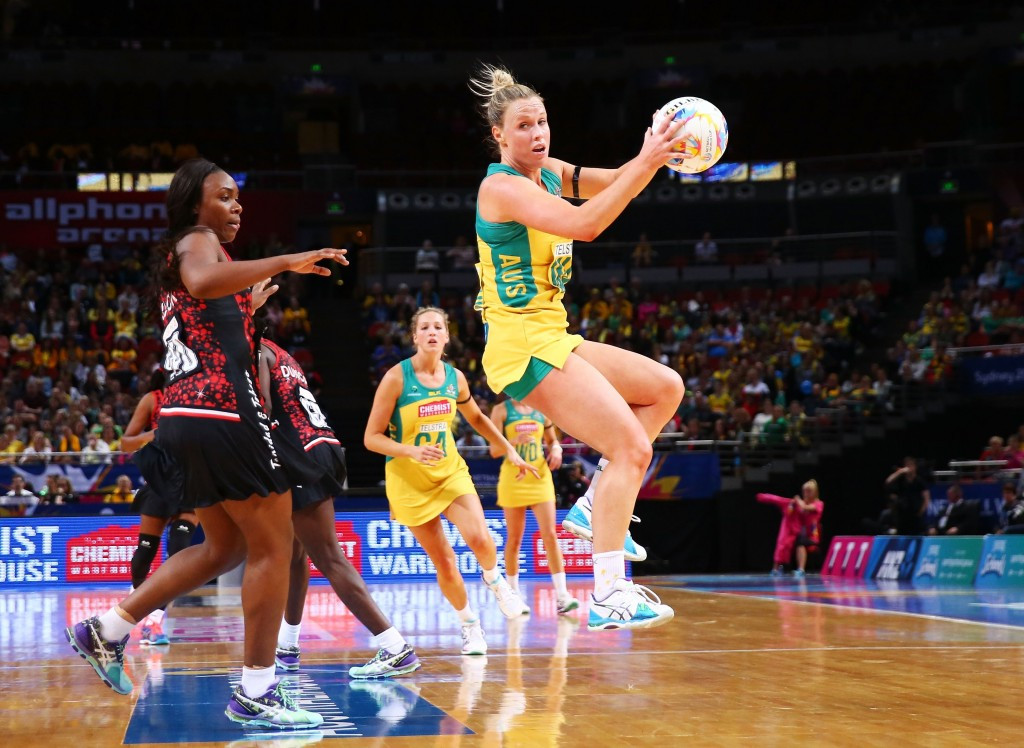 Hosts Australia enjoyed an excellent start to the defence of their Netball World Cup title after they recorded a 73-32 win over Trinidad and Tobago in the Pool A match at the Allphones Arena in Sydney.

They began the match in style by racing into a 35-16 advantage at the halfway stage of the match with Caitlin Thwaites and Erin Bell freely scoring.

The Australian team refused to sit on their advantage in the final two quarters, with Caitlin Bassett coming off the bench to add a further 17 points to their lead to help seal the impressive victory.

Their Pool A opponents, New Zealand began their 2015 Netball World Cup campaign in style as they opened with a comprehensive 73-28 victory over Barbados earlier in the day.

The Silver Ferns fell agonisingly short four years ago in Singapore, where they were defeated 58-57 by Australia in the gold medal match, but their bid to go one stage further in the 14th edition of the tournament proved to be a stress-free affair.

Having stormed into a 21-7 lead in the opening quarter of the tie, the result looked a foregone conclusion and with goal shooter Malia Paseka scoring freely, they were able to extend their advantage in every quarter of the match to end with a convincing 73-28 victory.

England were also able to enjoy a straightforward start in their opening match of the tournament as they enjoyed a comfortable win over Scotland in Pool B.

Goal attack Rachel Dunn proved to be one of the top performers for the Roses as she scored 22 goals to help her team progress from their lead of 27-11 at the halfway stage of the game to end with a winning margin of 60-19.

Their triumph provides them with the ideal start to Pool B ahead of their tie with Commonwealth Games bronze medallists Jamaica, arguably their toughest match of the pool phase of the tournament.

England’s positivity following their victory was dampened, however, by the news that Neville Neville, the father of England head coach Tracey and former Manchester United footballers Gary and Phil Neville, was confirmed to have died in a Sydney hospital in the evening having fallen ill after travelling to the tournament to lend his support.

In a statement England Netball confirmed that Neville had chosen to remain with the England team for the duration for the tournament and stressed she had the full support of the governing body following the news.

Her team’s next opponents, Jamaica, began their campaign in impressive fashion with a 90-44 victory over Samoa.

The two Pool C matches proved to be closer affairs, though, as Malawi overcame South Africa 58-51, with Mwayi Kumwenda scoreing 40 of their goals, while Singapore claimed a 56-43 win over Sri Lanka in their tie.

Wales were also made to work hard for the their first two points of the tournament as they held off a Fiji fightback in the closing minutes to claim a 59-52 victory in Pool D, while their next opponents Zambia were easily beaten 74-38 by Uganda.