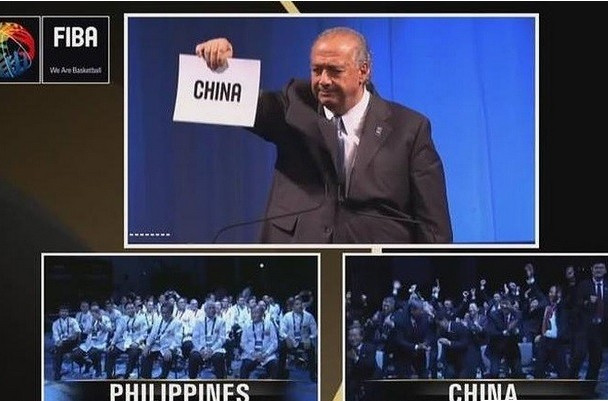 China will host the 2019 International Basketball Federation (FIBA) World Cup following victory over the Philippines in the race to stage the event, it has been announced.

The decision was made at a FIBA Control Board meeting in Tokyo today after both countries gave presentations to the sport’s governing body.

It will be the first time China has hosted the FIBA World Cup and also guarantees the home country a spot at the 2019 tournament.

The announcement itself was delayed by over an hour but China eventually emerged as the winner, despite retired nine-times NBA All-Star Yao Ming, one of the ambassadors for the Chinese bid, reportedly telling the Filipino delegation that their presentation was “better than ours”.

China’s victorious proposal comprises eight host cities, including the capital Beijing, which last week was awarded the rights to stage the 2022 Winter Olympic and Paralympic Games.

The other cities are Nanjing, hosts of last year’s Summer Youth Olympic Games, as well as Suzhou, Wuhan, Guangzhou, Foshan, Dongguan and Shenzhen, which held the 2011 Summer Universiade.

Their presentation leaned heavily on their experience in hosting major sporting events, highlighting the country’s infrastructure, as well as the large following of basketball in China.

It also mentioned its advantages in transport, such as the fact that the nation has four international airports and can therefore cope better with the amount of visitors, and how the rooms at hotels will be specially equipped to deal with the size of some of the taller basketball players set to compete in the event.

“China is the most populous country in the world and we can make basketball the most popular sport in the world,” Zhang Jiandong, Vice Mayor of Beijing and chairman of the China 2019 Bid Committee, said before the announcement.

“We believe that we can make the 2019 FIBA Basketball World Cup a complete success because of China's economic stability, strong financial guarantee and the government's complete support.

“We can make it a safe, most reliable and risk-free event."

Their presentation focused on the strong connection of basketball with the Philippines, claiming 80 per cent of the population are basketball fans and 96 per cent were in favour of bringing the 2019 FIBA World Cup to the country.

It featured an emotional video documenting the journey of the sport in the Philippines, attempting to show the passion that fans in the country have for basketball.

They were, however, unsuccessful in their bid as the FIBA Control Board opted for China.

The 2019 tournament, the flagship event for basketball’s world governing body, will include 32 teams for the first time and is set to be the first to be played under FIBA’s new competition system.