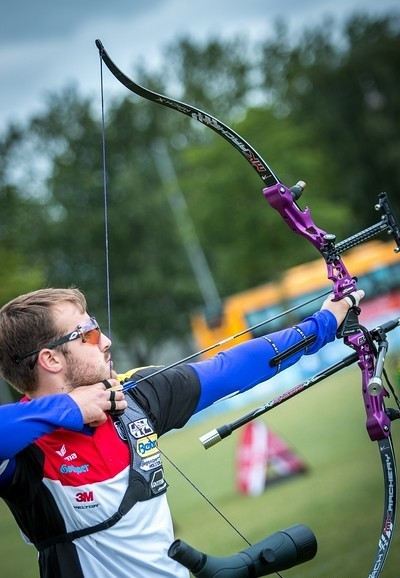 Germany and Indonesia took advantage of a second chance tournament at the World Archery Championships in Copenhagen to claim the final two men’s individual recurve quota places at the Rio 2016 Olympics.

Both nations had already secured berths in the women’s tournament but their hopes of securing a place in the men’s competition seemed slim with 13 archers bidding to secure just two remaining quota spots in an event that took place at the Danish Parliament building Christiansborg Palace.

Germany’s prospects were improved, however, after the draw saw their archers Florian Kahllund and Christian Weiss pre-seeded into the quarter-final stage.

It meant, with both placed in the lower half of the draw, victories for the pair would seal a quota spot for their country.

Kahllund completed the first part of Germany’s dream scenario as he completed a straight sets 6-0 victory over North Korea’s Jon Choi to move into the semi-finals, before Weiss replicated the feat by sweeping aside Ireland’s Darren Wallace by the same scoreline.

The other half of the bracket saw Mexico’s Ernesto Horacio Boardman and Indonesia’s Ega Agatha advance to the decisive semi-final match, a nervy and closely fought affair with the scores locked at 3-3 heading into the final two sets.

Agatha was able to claim the final two sets to give Indonesia the final Olympic berth and also advantage to the second chance tournament final which he would eventually lose 7-3 to Kahllund, who had triumphed earlier in the all-German semi-final.

There were only two individual Olympic places available in men’s tournament but three berths remained up for grabs in a second chance women’s event, with Italy’s Guendalina Sartori and Poland’s Karina Lipiarska having the advantage of starting in the semi-final stage due to their high ranking round scores.

Satori was the first woman to claim one of the quota places, comfortably beating Olga Senyuk 6-2, with the Azerbaijani archer having come through a shoot-off against Australia’s Semra Lingard in the quarter-final.

The same score saw Austria’s Laurence Balduff win both her quarter and semi-final matches against Karyna Dziominskaya of Belarus and Lipiarska respectively, but she fell to a 6-4 defeat to Satori in the final.

The key match, however, was the third place play-off, on which the final Rio 2016 spot rested, between Lipiarska and Senyuk.

Lipiarska lost a 4-0 advantage she had built up in the opening two sets before regrouping in the final set with a perfect 30 to take victory and the Olympic spot.