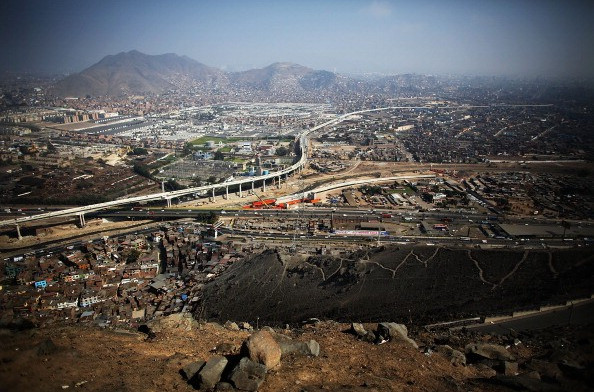 Lima wants to stage as many international events as possible over the next few years to prepare for a bid to host to the Olympics and Paralympics, Peruvian Olympic Committee President José Quiñones has claimed.

The city has already been awarded the 2019 Pan American Games and been chosen to host the 130th edition of the International Olympic Committees (IOC) Session in 2017, an event that will attract worldwide attention as it is where the host for the 2024 Games is due to be chosen.

"If we host a good 2019 Pan American Games, I can suggest we will," Quiñones told insidethegames here.

"I think hosting an Olympic Games would be possible and would bring a benefit to our population and with Agenda 2020 it would be easier, particularly with many venues already in place.

The next event Lima could be interested in hosting is the Association of National Olympic Committees (ANOC) World Beach Games, which is due to launch in 2017.

Quiñones admitted, however, they will probably focus on the second, rather than the first, edition of the Games in order to avoid a clash with preparations for the 2017 IOC Session.

Earlier this year Lima relinquished its hosting rights for the 2017 SportAccord World Combat Games in response to the withdrawal of many key sports.

Taekwondo, boxing and wrestling all pulled out, while fencing, weightlifting and others were poised to follow suit as part of the backlash by International Federations against SportAccord President Marius Vizer following his controversial criticism of the IOC and its President, Thomas Bach.

Given the circumstances, Lima were in an "impossible situation", Quiñones claimed, with sponsors faced with financing a project which had been irretrievably weakened.

With Vizer since having resigned, it remains possible the Combat Games could be revived, and if it is with all the initial sports included, Quiñones confirmed that they would still be interested.

As it stands, though, no replacement President has been appointed by SportAccord and there is a desire to downscale the activity of the organisation, meaning the Combat Games appear unlikely to be resurrected.

The Beach Games, originally a project between SportAccord and ANOC but now being orchestrated solely by the latter, would be a good replacement at some stage.

"We will always be interested in projects, like Beach Games, because we want to bring more events to our country, to improve the practice of sport and to promote the Olympic values," Quiñones told insidethegames.

"So for us it is important, and also because it is good to show our country.

"Every opportunity will be studied with the Government and if it is good for the country we will bid."

Countries are currently being asked to submit interest in order to receive more detailed information in a short bidding process, which is expected to be completed at October's ANOC General Assembly in Washington D.C.

"We sent a letter one year ago [about the Beach Games], saying we are interested and I think we will send the letters in time to receive the package," Quiñones said.

"It is soon and we have the IOC Session and the PASO (Pan American Sports Organization) Congress, plus all the other international events.

"Maybe we will ask for information, consider a proposal and if not, will bid for the next edition."

Quiñones added that, with Lima consisting of 150 kilometres of beaches, it would be the perfect host.

In 2012, 10 countries in South and Central America competed across 13 sports in the Bolivarian Beach Games there, while the fourth edition of the South American Beach Games is scheduled for Pimentel, 660 kilometres to the north of Lima, this December.

Last year's World Surfing Games also took place on Punta Rocas Beach within the city, while other major events building up to the 2019 Pan American Games include this year's World Junior Badminton Championships.