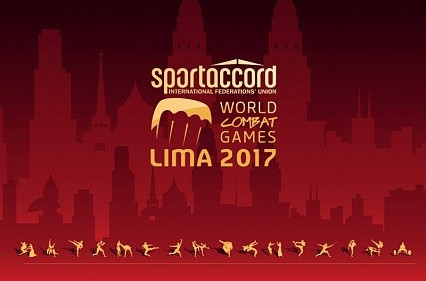 Lima has withdrawn as host of the 2017 World Combat Games in a latest blow for SportAccord and its President Marius Vizer.

In a letter sent to Vizer, obtained by insidethegames today, Peruvian Olympic Committee (COP) President José Quiñones explained that they will not be able to proceed as host following recent developments, which includes the withdrawal of taekwondo, boxing and wrestling from the SportAccord-organised event, as well as the probable absence of fencing and weightlifting.

This is a situation which creates "great uncertainty" among our sponsors, Quiñones wrote, who have decided to withdraw their support and sponsorship.

It is consequently "unwise" to ensure proper organisation and optimal development.

The COP's commitment to the International Olympic Committee and its Agenda 2020 reform process is also outlined, something which "limits their actions" with regard to the World Combat Games.

For these reasons, the letter concludes, they are "sure to have your comprehension and gentle understanding of the current situation that much to our regret makes infeasible the realisation of the World Combat Games in our country".

insidethegames has been told that the main reasons for the cancellation was the withdrawal of key Federations, the "outburst" at Sochi and continuing ongoing comments of Vizer.

This all follows the fierce criticism launched by Vizer, the SportAccord President about the International Olympic Committee (IOC) and its President Thomas Bach at last month's SportAccord General Assembly in Sochi.

Vizer, who also leads the International Judo Federation (IJF), alleged the IOC "lacked transparency", that its Agenda 2020 reform process had brought "hardly any benefit" to sport and that it had unfairly blocked SportAccord in its drive to organise new Commissions and multi-sport events.

In addition to the 21 suspensions, every Summer Federation, except for the IJF, has also signed a letter supporting the decision of ASOIF to "disassociate" its affiliation with SportAccord, while both the International Paralympic Committee and the Commonwealth Games Federation have made a similar move.

Lima's withdrawal has been on the cards for several weeks, with Peruvian officials having said the event would no longer take place there during the World Taekwondo Federation Council meeting in Chelyabinsk on May 10, insidethegames understands.

In response to the question of whether the event would definitely remain there, a SportAccord spokesperson told insidethegames last week that they have a "signed contract in place with Lima for the 2017 World Combat Games" and remain "fully committed to honouring that agreement and fulfilling its obligation of delivering the event as per the terms of the contract".

insidethegames has contacted SportAccord today for a reaction to the withdrawal, but is yet to hear a reply.