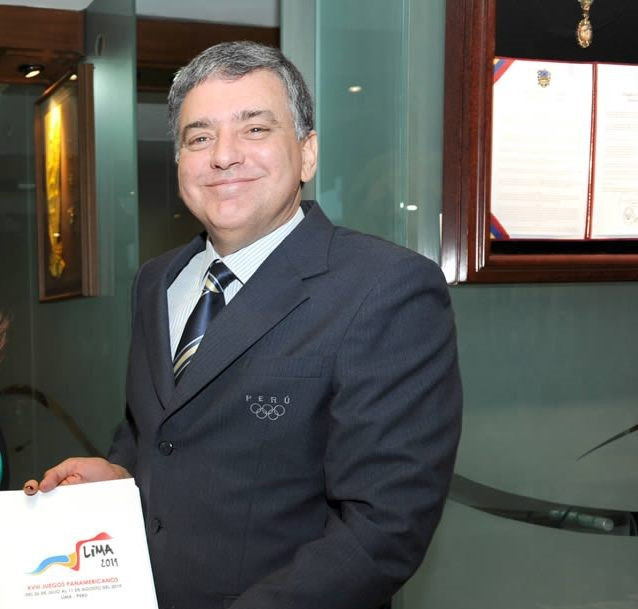 Lima 2019 remain open to the possibility of additional sports and new disciplines appearing at the Pan American Games, bid leader José Quiñones has revealed, with bodybuilding, polo, sport climbing and wushu all having expressed a wish to be added.

After being awarded the Games in 2013, organisers came under fire for the supposedly slow progress made over the subsequent 14 months, with few concrete plans drawn amid criticism of the spending of the Peruvian Olympic Committee (COP).

This led to calls for Quiñones to stand down from his other position as head of the COP, with some suggesting the country could even be forced relinquish its hosting rights.

Progress has sped up considerably over the last six months, however.

Quiñones is now confident enough to potentially open to expanding the programme further, but only with the blessing of the Pan American Sports Organization (PASO).

A total of 37 sports are currently set to appear, consisting of all 28 currently on the Olympic programme along with the other current Pan American Games sports of bowling, baseball, karate, racquetball, roller skating, softball, squash and water skiing.

Surfing will also feature at the Games for the first time, it was announced here at last week's PASO General Assembly, with competition set to take place on the same Punta Rocas Beach where action was held at last year’s World Surfing Games.

"Our sports are concluded," he told insidethegames here today.

"But still we are open, to discuss, if PASO recommends one or two more.

"Polo, sport climbing, wushu and bodybuilding have all submitted their interest.

"They haven’t been recognised so that’s only a reference, but we are open to discuss."

Meetings were held earlier this year with all the 37 International Federations representing sports definitely set to appear, with organisers discussing incorporating disciplines within those sports that are currently not n the Olympic programme.

This could include the like of poomsae events in taekwondo, 3x3 basketball and coastal rowing, as well as lake events, Quiñones revealed.

He claimed it is important to be open to new events which encourage wider interest.

"The Games should be a window to show sport and its values," Quiñones told insidethegames.

"If we have to change a little bit the programme, that can be a good decision, to include more fans."

He is also keen to encourage as many sports as possible to make Lima 2019 a qualification event for the following year's Olympic Games in Tokyo, pledging that they will push for live television coverage of every event which does so.

This would enable more extensive live stream coverage than at the ongoing Games here in Toronto, where there has been criticism of the lack of streaming of sports such as rowing and triathlon.

Quiñones is also keen for Lima 2019 to be broadcast on other outlets, including the Olympic TV Channel.

He sees the compact nature of the Games as a way to make this easier, with it proposed that every sport except for slalom canoeing would be held within Peru's capital.

A central Games hub would be based around the recently opened High Performance Centre in Videna, including training facilities for 21 sports, including a velodrome, and would host up to eight sports.

The "next step" regards the athletics stadium, which will be decided upon by the end of this year, Quiñones  claimed, with officials currently leaning towards enlarging the existing Estadio Universidad San Marcos Stadium rather than developing a new 50,000-capacity facility close by, as was initially planned.

It has also been proposed that an Athletes' Village capable of holding 7,000 athletes will be developed in the district of Jesus Maria, close to the National Stadium where Opening and Closing Ceremonies and football action would take place.

Details on all of these elements are currently being finalised.

The Games are expected to be held from July 26 until August 11 in 2019, two years after the Peruvian capital hosts the International Olympic Committee (IOC) Session at which the 2024 Summer Olympic and Paralympic host will be chosen.