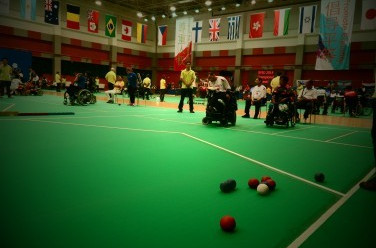 The event, scheduled for March 18 to 26, will provide competitors with the last opportunity to earn vital qualification points for the 2016 Paralympic Games in Rio de Janeiro.

Each individual winner will earn automatic qualification for the Games, and the competition will be held in the same venue that successfully hosted the 2014 Boccia World Championships.

Ahead of what BISFed call a “busy year”, they have also moved to clarify their rule concerning the use of levels, a sort of spirit indicator that helps the player identify the level of their ramp.

The governing body have confirmed these are not allowed during any part of the “formal process” of competition, which includes the call room, and referees have been told to strictly enforce the rule by Rules Committee chair Gary Vander Vies.

“The main reason for getting the message out there to our athletes is that the rule has caused a little bit of confusion,” a BISFed spokesperson told insidethegames.

“There have been no major problems but the Committee just felt it was best to clarify the rule ahead of a busy year of competition.”

The 2015 Boccia Asia/Oceania Team and Pairs Championships are the next event on the sport’s calendar and the event is due to take place from June 10 to 14 in Hong Kong.

Just two days after the completion of the competition, the Boccia World Open series visits the Polish city of Poznan, before it travels to the SK Olympic Handball Gymnasium in Seoul, which hosted events at the recent International Blind Sports Federation (IBSA) World Games, from July 17 to 23.

Attention then turns to the European Team and Pairs Championships which will be staged in Guildford, Britain, from July 23 to 27.